He’s a Ringo Nominee and the guy behind the Yule Anthology and as well as the five issue mini-series Sidequest… He is… Grant Stoye! So join us as Grant’s the latest to join the Mind Meld! 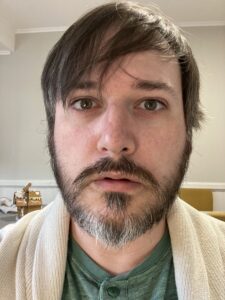 1. Hello there, and welcome to the Mind Meld here at IndieComiX! For those who may not be familiar with you and your work, could you tell us a bit about yourself?

Sure! My name is Grant Stoye, I’m a writer with proud Michigan roots who currently lives just outside of Boston. I’ve been a sports reporter in the past, as well as a radio producer, and I’ve finally found the writing that makes me happiest: comics!

2. You’ve recently not only finished up a Kickstarter for the 5th and final issue of Sidequest, but also were among a handful to have their work be Ringo nominated, how are you feeling right now where all that’s concerned?

Honestly, I can’t recall ever feeling this embraced by a community in my life. I’ve been so blessed to be friends with the people I’ve worked with, and so doubly-blessed that they’ve just be so incredibly talented. I believe that any work in comics, as a writer, is utterly dependent on the people you choose to surround yourself with.

For SQ I got to work with Alaire, Martina, Toben, Brenda, and Stephanie, and they’re all just incredibly talented so they elevated whatever I brought to the table, and my god, there couldn’t be a better recognition of the talent in YULE than a Ringo nomination.

The funding, especially the high ask on the last issue of SQ, left me gobsmacked, and the Ringo nom was the most bowled over I’d ever been. I was proud to be able to represent everyone’s skill and hard work at the banquet, and I only wish we could’ve won.

3. Will there be a trade later down the line for Sidequest? 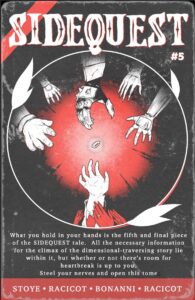 4. Can we expect to see more from the world of Sidequest in the future?

Kind of related to the previous question, I can’t quite say what the addition will be at this point, but we’re working on a little something to release in 2023. If folks dig what we have planned, I do have further stories to tell in the SQ world that would be lovely to put together!

5. Speaking of the future, beyond Sidequest, what’s next for you in the world of Comics?

Well, there’s the big announcement of 2023, as well as another project I’m currently working on with Minerva Fox. I’d love to get a publisher for YULE some day, or even make a Volume 2.

I’m relatively new to the world of comics as a career, so I’m trying to learn as much as I can and find out new ways to tell stories with pals and future pals alike!

6. As someone who has done several Kickstarters, how much work is involved in the whole thing for you personally from start to finish? 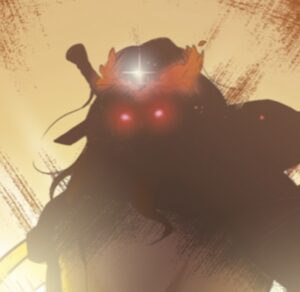 I’m kind of a lunatic who has trouble asking for help, so I make way too much work for myself; I have to develop a budget, figure out how to market on socials, figure out who I’d like to do prints, find rates, make sure the rest of the book’s team has everything they need…and then make sure I stress an inordinate amount from start to finish!

7. What advice would you give for those new to using crowdfunding platforms?

Don’t be afraid to start small. Make a short comic, try a limited run of a book you’ve already made (Kickstarter 100 is a great starting point). Ask for help! Get different advice from different creators who have either succeeded or failed or both.

8. What’s been a favorite moment for you so far since becoming a creator in comics? 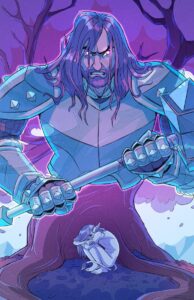 The nearly last-minute efforts from the community to get both YULE and SIDEQUEST 5 funded. I’m cynic by nature and a depressed person by brain chemicals, so I got REALLY overwhelmed and despondent, but in each instance colleagues and readers all circled the wagons and towed the line better than I ever could have dreamed. Although I’m flattered and honored beyond measure to have been nominated for a Ringo, nothing tops the feeling of having a village at your back & encouraging you.

Love love LOVE print, but budgetary reasons prevail and I often get digital for KS.

Oh man, I’ll tell you this: I’ve been EXTREMELY fortunate to have the big projects I’ve done (so far) with folks I’d worked with before, bc these are folks that I’ve grown to trust implicitly. Their creativity and instincts are similar to my own, and I hope to badger them until the sun burns out. But I also have to say that I would be tickled pink to work with ANYONE who is in the Yule anthology. All those folks are incredibly talented storytellers who I know I could learn a lot from.

I think in terms of who I haven’t worked with that I would love to, I have a dream list that features Rebekah Isaacs, Justin Barcelo, and Caitlyn Yarsky. They have lovely expressions and acting, and their physical acting is so frenetic. 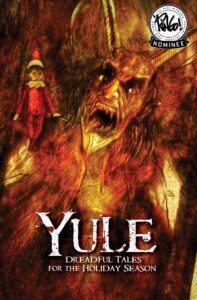 11. What got you into comics originally?

I’ve had a long, tumultuous journey with comics dating back to when I was about 4, but after trying my hand at comic criticism and doing some shorts as a hobby, I decided to pursue making comics in earnest after I lost my job at a bank in November ’19. I figured I just got fired from a job that I absolutely hated, after a string of jobs that I’d taken just to take, and wanted to do something that meant a lot to me.

There’s something so surreal to go from reading and critiquing something you love, to actually making them that fulfills an emotional aspect. God, I just love it. It’s stressful as hell, and it can feel like an uphill battle the entire time, but once the project is finished and lovely…there’s nothing like it.

12. And for my final question, what advice would you give to those looking to get into creating comics?

I think my advice is to have patience and keep honing your craft. Read a lot about the medium, keep practicing, learn from others, and just keep getting reps. This is a glacial business, and you really have to approach it with the mindset that you need to keep working at it.

Editor’s Note: Huge, huge thanks to Grant for taking part in this interview! You can find all of his work right here! You can also visit him directly on Twitter if you missed out on the Sidequest Kickstarters and want to see about your own copies of the series!