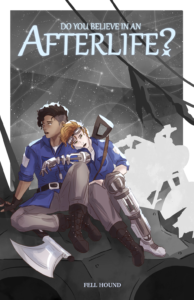 Do You Believe In An Afterlife? (or DYBIAA for short) is a self-published 2019 comics/prose zine work of art by the one and only Fell Hound. Whom you might be familiar with due to work like Commander Rao and We Love You, both self-published and set to also be published by Scout Comics in 2021 and 2023 respectively, Fell’s also something of a Ringo Nominee as well! Fell approached me earlier in the year about checking out DYBIAA and for one reason or another I’m only now checking this out and wished I’d done so earlier as I tend to find myself. This, to my knowledge, is the first time I’ve read anything Fell’s done and what a heck of a way for me to be introduced to her work in both writing and art and I really should go check out Project: Big Hype since I have that and she has work featured in that Anthology. DYBIAA is ultimately, at the end of the day, a story about having Hope in the face of unrelenting Horrors brought on by an unstoppable invasion force. 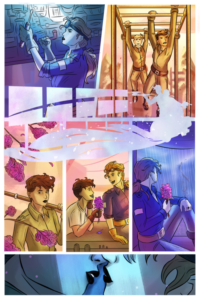 Hope and finding Love amidst all that’s going on between two women in the Military by the names of Arid Leroux and Claire Flores, respectively an Infantry member and a Mechanic. And if LGBTQ+/Interracial Love isn’t your game, then this probably isn’t for you but I would say give this a shot regardless. I love the Zine format Fell’s used for DYBIAA and even when there is no dialogue, the art alone speaks volumes in my view. I also kinda feel like there’s a touch of Zelda: Breath Of The Wild inspiration through out the book as you occasionally see remnants of the invasion force lying about in various areas as you tend to also see in BOTW. That could also be completely unintentional of course given the fact aftermaths of battles in wars do tend to leave behind quite a bit. Especially Apocalyptic ones for that matter. 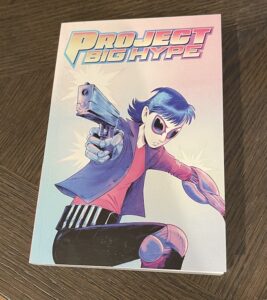 Fell easily could’ve gone in a very cliché direction with DBYIAA but she didn’t but that doesn’t diminish the heart break (something that comes from more than one direction for that matter) and the uncertainty you feel by the end of the story. Leaving you to wonder about the ultimate fates of Arid and Claire and if Fell intends to explore this later if she hasn’t already. DBYIAA is a wonderful story and one I’m glad I got to read so if you haven’t yet, do so!

Summary: In another reality, alien machines have run rampant on earth. A diminished military is all that’s left to fight them. Here, at the end of the world, a mechanic and a soldier fall in love…

Told in zine format, Do You Believe in an Afterlife? is a graphic short story of comics and prose about two lovers navigating a war they can’t win, and a world on the brink of apocalypse.