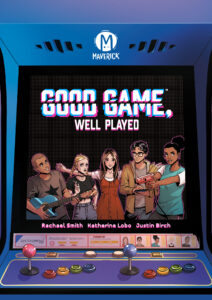 Learning to deal with life’s unpredictable changes is not always easy.

FEB 10, 2022, (SEATTLE, WA) — A game shop is falling victim to a greedy landlord and it’s up to the employees scrape together every penny to save it from being closed down! Maverick welcomes a slice-of-life story for all ages, Good Game, Well Played, written by Rachael Smith, with art and colors by Katherine Lobo.

It’s 2009, and Sienna is really not looking forward to flying back into her hometown to say goodbye to one of the people she called family. Though that feels like a lifetime ago.

It’s 1999, and Sienna is looking forward to what is shaping up to be the Perfect Summer in her Perfect Life. She has a job working in the local video game store, Game Champ, with her four best friends, and that was how it was going to be forever… 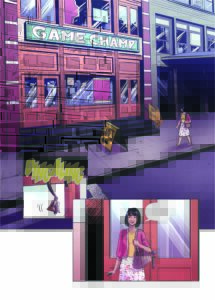 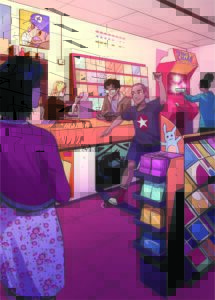 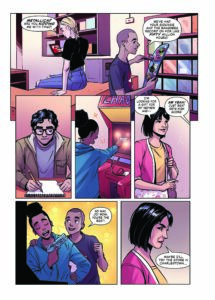 “I started out writing Good Game, Well Played as a book about a video game store in the 90s…but it became so much more than that,” said writer, Rachael Smith (She/Her). “It’s a book about friendship, about not fitting in, about being scared of change, about overcoming adversity, and about making horrendous mistakes. When I finished it I was proud of how real the characters felt…then I saw Katherine’s art and my jaw hit the floor. They felt so real I thought they were going to walk out of the panel and start talking to me. Trust me when I tell you, Katherine has made this book something really special.” 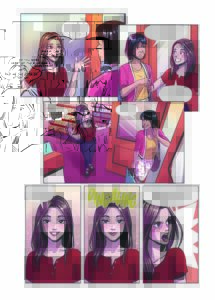 “Working on this book has been a very special experience for me,” said artist, Katherine Lobo (She/Her). “I grew a lot as an artist through it, and it made me reflect on my own attitudes. Each character tells us their story in such a natural way that it’s difficult not to identify with them. Personally, each kid seems to portray a part of my adolescence. I can’t wait for everyone to enjoy this book as much as I did.”

Good Game, Well Played is the second release from Maverick, Mad Cave Studios‘ YA imprint, and slated for release April 20th in comic shops and May 3rd in the book market. The OGN can also be purchased via Mad Cave Studios, Comixology, and Drive-Thru comics!