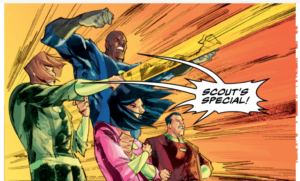 Reuniting the cast of a hit show doesn’t always turn out the way you want. 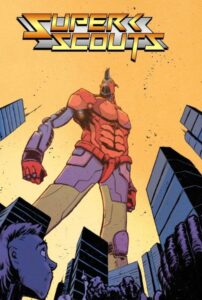 Twenty years ago, Super Scouts was a hit Super Sentai TV show. After decades of fame, reboots, and reunion specials, the show has taken a toll on its four original cast members who have since gone their separate ways. Each of them has built a new life, but Seth knows most of all that, deep  down, they all still have one foot in the past. Seth, the former red scout, runs a Super Scouts themed memorabilia shop, James, the former green scout, stars in the unofficial “adult” parody  films “Sexy Scouts”, Meredith, the former pink scout, is a fitness personality, and Willie, the  former blue scout, is the head of Scoutology, a super scouts themed “self-help” group that…looks a lot like a cult.

When the group is reunited for a 20th anniversary special, the team must band together to confront hidden challenges, bad blood between them, and the ghosts of their pasts to unlock Super Scout powers of their very own and confront Lord Darkness. 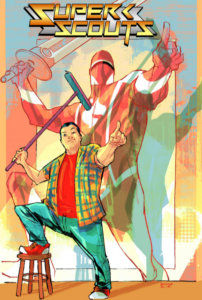 “I like to think of this book as an homage/parody of all things Super Sentai,” said Ryan Little. “I say that  because we’re homage FIRST. This story is mirror matches, suit upgrades, and all the glorious things you expect from a Super Sentai story. But it’s also a parody – it’s also fun! This series has all the great emotional moments I expect from a creator owned  indie comic. And it does it WITHOUT losing all the things that make Super Sentai fun.” 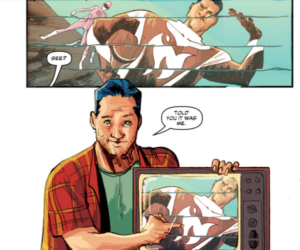 “Super Scouts, was such fun of a project to work on, to read and to be creative with,” Artist Bruno Oliveira. “I love Super Sentai (like Changemen, Flashmen, Jaspion, etc.) and even though it started as an homage it  developed, for me, into something original with a lot more heart than I expected as the  characters developed. It just ended up being a complete package with lots of fun, great  characters, and a clever script!” 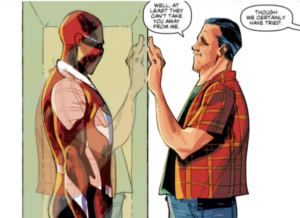 Editor’s Note: Super Scouts is currently at 1,451 dollars of its 2500 dollar goal with 20 days left to go. With your help, this project will surely be a success!