From Band of Bards, Now Live on Kickstarter! 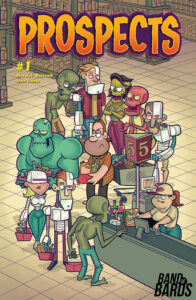 SEP. 29, 2021, (SEATTLE, WA) — Band of Bards is proud to announce Prospects, now live on Kickstarter! The all-new a nine-issue miniseries is an absurdist political satire from writer and creator Maxwell Majernik (Path of Monsters) and artist Jean Franco (Monty the Dinosaur). A title that’s sure to ring the bell for fans of Rick and Morty, Shaun of the Dead, and Hitchhikers Guide to the Galaxy!

The town of Ridgeville has been stuck in the middle of a 150-year-old battle between two mad scientists, and former colleagues, Edwin Grabowski and Victor Farsimov. Both claim to have figured out the secret of immortality and created armies of zombies and cyborgs using their respective methods. The scientists have waged a war for so long within the town, that the townspeople now consider it an honor to be abducted by either one of them in their quest for glory. 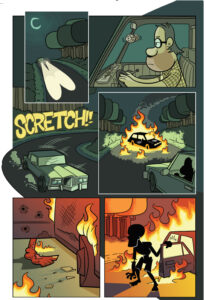 Anyone who shows any bit of potential, be it brains, brawn, or anything in between, will be captured by one of the scientists by the time they are 25 years old. This brings us on to 30 year old Colin Bates, who isn’t one of the prospects. He has been selected by no one, not by the scientists, girls, or even friends. He spends most of his days watching TV in his basement, trying to avoid doing odd jobs for his Grandma and her posse. Yet everything changes when a notorious terrorist, intent on destroying both scientists, appears in Colin’s basement, begging him to take over his legacy. 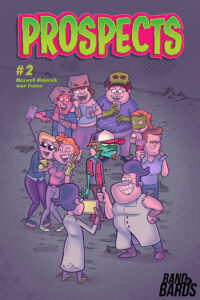 “Jean has given Prospects so much life,” said Maxwell Majernik. “I gave him as much of a blank slate as I could, and what he has been able to put together (and pull influence from) has been unreal. He balances inviting visuals with hyper-violence in a way I’ve never seen before.” 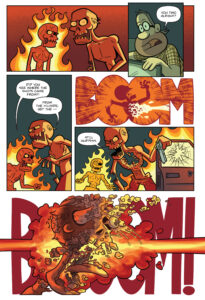 “Max and Jean have created an uncanny world of characters that are so easy to dislike, that you have to love them,” said Band of Bards Publisher, Chris Benamati. “This world brings me back to a lot of experiences I enjoyed as a kid, from its classic ‘90s cartoon look, to the deep plot that’s hidden so well in what people might conceive to be a simple story. It’s an allegory of every small town’s attempt to re-define itself…except that this time it goes horribly, horribly wrong.” 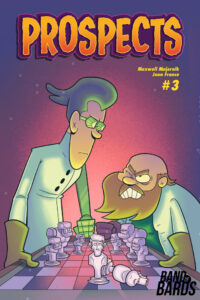 Don’t miss out on Kickstarting Prospects to get your giggle on without a hint of irony! 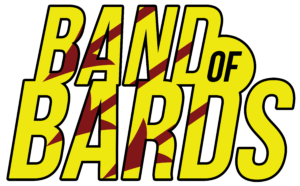 Band of Bards is an independent publisher of comics and graphic novels formed in March of 2021 by Timothy Stolinski and Chris Benamati. Based in Buffalo, NY we are committed to publishing stories with a focus on Representation, Inclusion, and Diversity. We support creator-owned IP and intend to foster community, and change through intentional publishing.

Editor’s Note: Currently, Prospects is at 810 dollars of its 4,000 dollar goal with 32 days to go. But with your help, this project will surely be a success! So donate today! 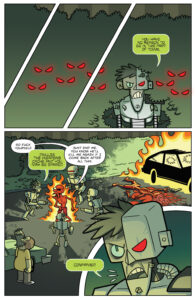 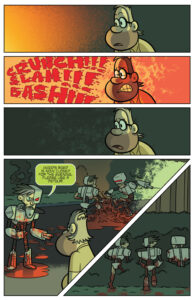