Coronavirus plus Recommendations equals ‘Ronadations’, get it? Yeah? Lame? Okay, never mind. Anyhow! For some time now, we’ve been dealing with the newest version of a Coronus Virus in the form of COVID-19. Some have handled it well, others haven’t and I’d say a lot could argue that America especially hasn’t handled it well. But we’re not going there as this article isn’t about that and more about what one can do while in Quarantine or just unable to work due to COVID-19 being such a pain in the ass in whatever part of the world you’re in.

This is also probably letting you binge watch this or that now that you have time as well for that matter. Anyway! Here’s a few comics, some shows I, and even a few Fanfics (and a few others) recommend to occupy your time with!

Dark Horse/Netflix’s Umbrella Academy: If you loved the Dark Horse title written by Gerard Way and for whatever reason have slept on the Netflix series, now is definitely the time to check it out. Secrets, deaths, family drama, end of the world plots, Monkey Butlers, oh my!

Buckaroo Banzai: Okay, so this isn’t exactly a new movie but its still a great little film to watch. Heck, it has aliens, aliens with terrible Human (John BigBooty anyone?) names, RoboCop before he was RoboCop, Trucks that go through mountains, Jeff Goldblum, and a very epic credits scene!

RoboCop: The original films, not the one that came out a few years ago. While it was admittedly decent, the motivation for bad guy antics was poor as Hell.

Of Love And Bunnies, A Power Rangers Fanfic: This is a fanfic by Crazy Girl 47, Freyja SilverWillow and, in later chapters, Bryn Spikess that started way back in January of 2005 and didn’t finish until around 2016. Set after Dino Thunder and things kick off thanks to Angel Grove deciding to do another Power Rangers Day. Its a wildly fun read and even has its own Tropes page!

To Hell And Back, An Arroverse Rewrite Fanfic: Published in 2017 by Nyame and still continuing to this day, To Hell And Back is an undertaking that takes the Arrowverse and changes all you know by having not only Oliver Queen on the island at a much younger age, but also Barry Allen and Kara Danvers as well for that matter. Also has a Tropes page!

WolfCop: Ever wanted to see a Cop become a Werewolf? Even if he does spend half his time drunk? Well, WolfCop is the film for you! Check it out on Hulu! Dynamite Comics even did an adaptation several years ago! 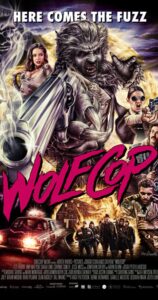 The Rise Of The Emerald Archer, An Arrowverse Fic: Published in 2020 by the one and only Arlyss Tolero, Rise Of The Emerald Archer sees Oliver get a second chance to do things differently after dying against the Anti-Monitor’s army by being sent back into his younger self courtesy of the Monitor. Currently has a sequel going known as The Age Of Heroes and both together are collective known as Arrow: Rebirth. There’s also a Tropes page!

Pokemon: Whether its the games (though probably best to go with the games) or the anime, you’ll no doubt spend countless hours absorbed in the fun that is Pokemon!

Digimon: Much like Pokemon, Digimon’s also a great way to spend your time on. Whether watching the show or playing one of the games. 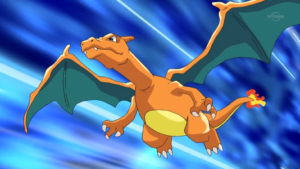 These Savage Shores: Vault Comics and Ram V’s These Savage Shores is considered by many (and rightfully so) to be the best comic of 2019. From the British-India issues, to Ancient Demons, Vampires, Love, and many a fight, this is epic story telling that you just absolutely should check out while at home!

Ray_Writes: Now I can’t recommend just any one fic that Ray has written over the years as really, the man has done a great deal that I would just say to check out everything he’s written from Doctor Who to the Arrowverse.

Harland Buck: FreeSword: Scott Eos Weldon of Weldon Studio’s Harland Buck: FreeSword. Harland’s a man’s man. Willing to earn his gold no matter the job in a world readers slowly get to learn about with each new release. Which is currently up to 8 issues so you’ll have no trouble catching up whatsoever!

I could go on with more recommendations but I think for now this is a good stopping point. Who knows, perhaps a part 2 will be in the future. But in the mean time, wear a mask, keep your hands washed and clean, and be awesome to one another!