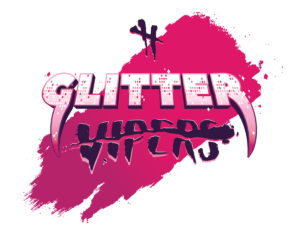 Set in Manchester, UK, GLITTER VIPERS follows drag queen Bi Phallicia and friends after they fall victim to an anti-queer hate crime. In their support group, the diverse group of LGBTQ+ friends decides to form a gang and take to the streets and protect the Manchester Gay Village from hate and violence as the Glitter Vipers! 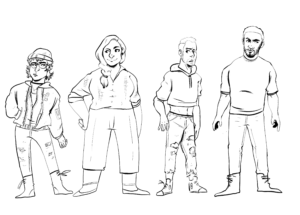 But as the group turn their righteous anger to the pavements, they stumble upon a larger threat trying to turn the queer community into public enemy number one!

Note that the book does come with a trigger warning as it deals with sensitive topics such as hate crimes, bigotry, mental health, suicide and loss.

GLITTER VIPERS is a queer content book by a wholly queer creative team, trying to tell a story of the justified anger that can be felt when the worst is thrown at the community, and how to deal with it.

“The idea essentially came from me reading news stories about queer people facing horrid, often violent hate crimes, and feeling so powerless in the face of it. It created a feeling of wanting to fight back, not just in the sense of protest and social rights, but to physically fight back at the violence perpetrated on us. GLITTER VIPERS stemmed from looking to explore that violent anger, the feelings of dealing with it and how minority communities have a right to feel that rage yet often face backlash for it,” says writer Joe Glass. 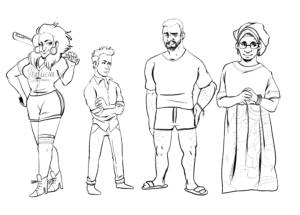 The campaign will launch on crowdfunding platform Kickstarter, June 23rd at 2pm BST, but you can check out the pre-launch page now and set a notification to be updated as soon as it launches!

The campaign looks to raise £8000 to cover production costs, printing and postage, and will feature a select few special extras for backers too!