And checking it twice is the reason for the season when it comes to these upcoming SPP titles now available for pre-order!

The holidays are upon us and Source Point Press is making your shopping list easier to manage.

Ogres #4 (the finale) is NOW AVAILABLE to order along with Misplaced #4, the next issue of Touching Evil #4 and a special one-shot in the Monstrous series by Greg Wright & Stan Yak titled MONSTROUS: Baba Yaga! 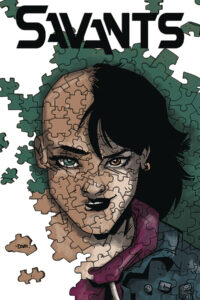 Amy Berg. Young, rebellious – a typical teen misfit. But in her genetic makeup, she has a secret – a special ability capable of being unleashed when exposed to the exotic drug, Tarit-Doca. She’s brought to the Center for Intuitive Studies where she’ll join others with the “magic” genes. Kids that have been legally taken, kidnapped, or bought. They can all manifest their unique powers if shown how, and the government has a plan to do just that. Amy feels she doesn’t belong with these others… these “freaks”. But she’s wrong. She’sone of them. One of The Savants. 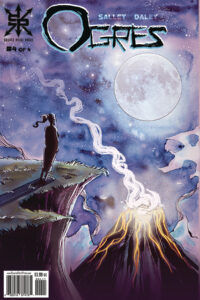 Ogres #4
Order Code: DEC191866
(W) Bob Salley (A) Shawn Daley
Now that Meika and Cron are on their own to face the Tae’Shaar horde, it would seem their defeat is inevitable. Allied with the army of the North, and Hell bent on destroying every beast in their path to save their own kind, could the Tae’Shaar wipe the world clean of Ogres? The final conflict is here and all is fair in Love and War!

APOCALYPSE GIRL #2 (OF 6)
Order Code: DEC191865
(W) Les Garner (A) Les Garner
Anna awakens in a church in the town of New Bethel, and soon finds herself weighing her position between two tense factions: “the flock” of Pastor Jacob and “the girls” of “Mama’s Place”, the brothel that is the center of the town. 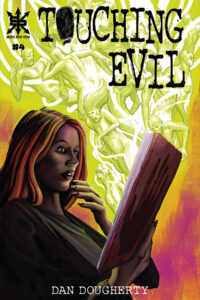 Touching Evil #4
Order Code: DEC191869
(W & A) Dan Dougherty
Through an old journal, Ada learns of the horrible life of the man who bore the curse before her, and considers passing her ability to kill evil with the touch of her hand to someone else. Meanwhile, a shadow organization is circling in on her with the help of a mysterious inmate, and a simple household visit turns into a shocking revelation that will turn Ada’s plans down a dark path.

Nothing is what it seems in the final issue of Chis Callahan’s stunning four-part miniseries. Will James make the ultimate sacrifice to save the love of his life? Or will one lost soul solve the mystery of The Misplaced before it’s too late? 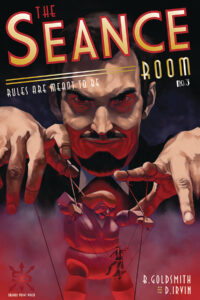 Seance Room #3 (OF 4)
Order Code: DEC191868
(W) Ben Goldsmith (A) Dustin Irvin
In this third issue of The Séance Room we find our charming homeowner, Harry Weiss, helping a woman driven slavishly by rules and conformation to… shall we say… “reconsider”. Watch the owner of the mansion take on the clientele himself while the ghosts watch the master at work.

SAMURAI GRANDPA (TP)
Order Code: DEC191863
(W) Eastin DeVerna (A) Shawn Daley
A Samurai past his prime, Ojichan has left the blade behind to live out his remaining days in peace with his family. But when a mysterious figure from his past resurfaces and his granddaughter goes missing, he is forced to set out on one last adventure. He must explore the depths of his own past, face monsters new and old, and question the choices that led to this final mission.
In Shops: Feb 26, 2020
SRP: $14.99 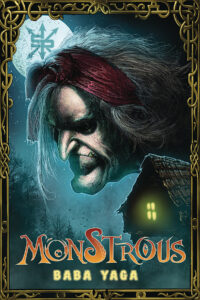 Monstrous: Baba Yaga (One-Shot)
Order Code: DEC191864
(W) Gregory Wright (A) Stan Yak, Robert Nugent
Three witches break into a chicken-legged house to steal the magic of the meanest, toughest witch in the entire world: Baba Yaga! Now Baba Yaga is out for revenge. Armed with steampunk weapons and surprising action moves for an old Russian lady, Baba Yaga takes on the thieves and all the magic of an entire witches’ convention. Enjoy the chaos as Baba Yaga gets monstrous!
In Shops: Feb 26, 2020
SRP: $3.99 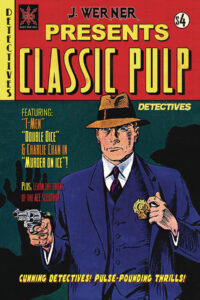 Joshua Werner curates this collection of vintage tales of crime and mystery featuring cunning detectives, all digitally remastered to their original colors and quality! Loaded with pulse-pounding thrills, this is a must-have for fans of the crime genre and classic pulp comics! 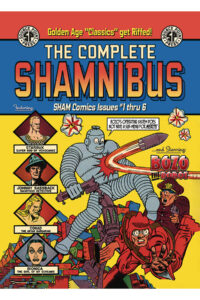 Shamnibus
Order Code: DEC191862
(W) Tim Fuller (A) Various
Did you ever wonder what happens when copyrights run out? In this case, it means irreverent cartoonist, Tim Fuller, can take public domain funny books from the ’40s and ’50s and rewrite them, with hilarious results! New stories for you, the hip, cynical reader. (You know who you are…) The Complete Shamnibus collects Sham Comics #1-6!
In Shops: Feb 26, 2020
SRP: $17.99 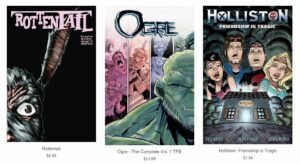 Interested in picking up these great Source Point Press trades? In addition to other great SPP titles? Then hit the link! 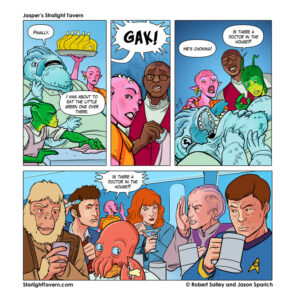 And be sure to keep your eye on the Previews World Page for all things Source Point Press as well!