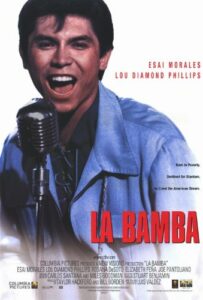 La Bomba, Selena, Mi Familia (My Family), Blood In, Blood Out, Family Matters, Static Shock, A Bronx Tale, Teen Wolf (the series, not the movie), Quincredible, These Savage Shores. From Dusk Till Dawn The Series, Queen Of The South, Fresh Prince Of Bel-Air, Crazy Rich Asians, Mayans MC, Jane The Virgin, Black Lightning, and El Chicano. These are all examples of Culture Representation and Diversity in various forms of Media in the last 20 to 30 years. Some actually recently happening in the past few years as the internet and new ways of getting things out to people is helping in that area. Or some giving it a chance instead of saying ‘Oh, no, this can’t work unless you do this or that!’ Yet for all the names I just listed, Culture Representation and Diversity is still clearly fighting for their spot at the table and not just be stereotyped when the time comes as well.

Hell, how often do you see anything heavily featuring Native Americans (and I don’t just mean when they are having to fight for one thing or another like land or against Cowboys) or a Middle Eastern group? NOT VERY OFTEN! Unless of course, I just haven’t been paying enough attention. Hell, I’d kill for a Space Opera of some kind featuring primarily Native Americans, Middle Eastern Races, and any other Diverse bunch. I think it’d be something to really get into because it wouldn’t feature your Joe Standard Person. Not to mention I think would allow for some interesting stories to happen thanks to a mix like that. If of course there’s competent writers involved. Plus, all the potential there is in not only Religion but Philosophy when it comes to the various Diverse Cultures out there. Something that was actually done for an episode of Babylon 5 back in the day to show another aspect of all the Alien Races on the show. 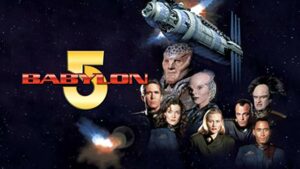 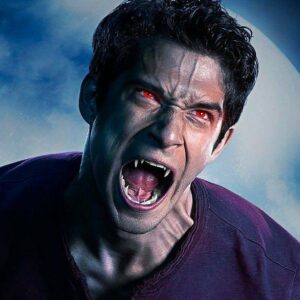 ‘But Rob! There’s really no audience or anything like that out there for such a thing!’ And I say to that, BULLSHIT. And I don’t just mean with the Space Opera idea either. Now admittedly, Teen Wolf had a problem in that a lot of its more diverse cast ended up dead in some way. Including the main lead protagonist himself for a limited time, Tyler Posey’s Scott McCall. Although, Keahu Kahuanui’s Danny Mahealani didn’t actually get killed off. No, he just vanished without much of an explanation. ‘But Rob, Posey’s not the main guy on the show, you fool! That Stiles guy is cause like oh my God!’ Uhh… NOPE! Try again and watch the show! Otherwise, it wouldn’t be called Teen WOLF for crying out loud. Hell, one of the most unique things (to me at least) about Teen Wolf was the fact it had its Latino lead date a character of Japanese/Korean heritage for a time until she had to leave for bullshit reasons.

And well… How often do you see something like that in life or in some form of media!? NOT VERY OFTEN! Unless again, I just have been failing to pay attention and with me, that’s always very possible. ‘But dude! A lot of the Diverse whatcha whatcha stuff is just forced cause its all the hype now a days!’ Maybe, maybe not. If its clearly done just to make a buck off the whole thing, its then clearly forced but that isn’t necessarily (though one could possibly argue that this was the case at first with Miles Morales back in the day being a little on the generic side of things until much later) always the case. Especially if the creators have clearly put some time and effort into what they are doing. 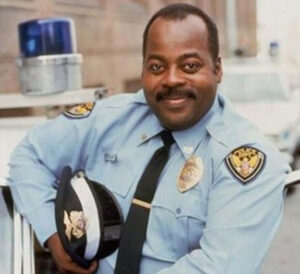 And… Is it any wonder I kinda went nuts a couple months ago over the existence of the El Chicano film? Its Latino/Latina effectively all the way and gives a little something different despite a cliché or two! I’d happily pay to see a crossover between El Chicano and Teen Wolf. Heck, throw in Miles Morales for the extra wild factor! I love some Diversity and Culture Representation and its why ComicsGate has the wrong idea of things, along with any other Gate movement that seems to be against anything that’s different then (and completely forgetting that comics have long been about politics of one kind or another since day one but that’s a whole other thing) they prefer. Its okay to embrace what’s different, I promise. It won’t bite (all that much or too hard) and you just might actually like it if you’re willing to allow yourself too.

Kinda like trying a new food or a Wrestling promotion outside of WWE and having a Joey Styles ‘Oh My God!’ moment when you realize just how GOOD said new food or Wrestling promotion is. And then wonder why the Hell you took so long to try it and want to kick yourself for not having done so sooner. Chikara and Lucha Underground for example have that strong taste of something different. Something… New, in a sense.

Its not the same ol’, same ol’ like you may tend to see a lot of in WWE/TNA and that’s freaking beautiful. The From Dusk Till Dawn series and its creators took a movie of the same name and expanded on that shit with three whole damn seasons! Allowing for an awesomely diverse cast (even if the two main protagonists weren’t exactly diverse themselves) to do their thing and expand on its own take of Vampire lore and Latin history. Or rather… Culebra lore as it were.

Hollywood can fight back all it wants (or actually make use of it just to make a buck and get a group to shut up for awhile) against Culture Representation and Diversity but its not going anywhere. Those representing it shouldn’t have to even fight anymore for a place at the table as they’ve essentially earned it a long time ago. Its on the rise cause people like yourself, me, and that one guy with the stutter WANT to see it instead of the same ol’ thing. Kind of like K-Pop. Sure, they might not actually be doing something different when it comes to what they are singing about. BUT they do represent SOMETHING different cause they aren’t the typical Average Joe.

Look at Japan’s take on Zombies with their 2011 movie Helldriver for example. It takes the concept and turns it upside down a few times and goes balls to the walls nutso! How many American films have YOU seen with a plane or giant body made entirely out of Zombies? Most likely… NONE! And of course, you have Japan’s large amounts of Manga/Anime to choose from in addition to Pokemon! Plus, Japan’s pretty much the reason we have Power Rangers thanks to the Tokusatsu genre and Super Sentai itself (which is how we have Power Rangers especially) over there. Which is not only in Japan and America, but Korea, Thailand, and a number of other countries as well.

Like I mentioned earlier with the internet and technology, if it wasn’t for platforms like Youtube, we wouldn’t have a damn clue about the likes of Lil Crazed, Vidya Vox, The Hu, Bloodywood, Timothy DeLa Ghetto, Pryde, Ahmir, and a variety of others. They’d probably only be known in their local areas if it wasn’t for the internet and the internet is freaking beautiful for giving them a way for folks like myself to see them do their thing. That Youtube’s doing its own thing with making shows and movies is another great thing as their (far as I know anyway) isn’t big politics at play that says this or that can’t be done just because its featuring a cast that isn’t the standard. So its time to stop the bitching and the gating against the non normal and embrace the Hell out of it. Because Culture Representation and Diversity matters a lot more then you think it does. 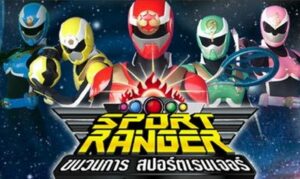 It matters to that Latino teenager in after school detention that wants something that isn’t a stereotype, it matters to that Middle Eastern 30 year old woman looking for something on television that she can actually relate too cause its very close to home, it matters to a group of Native Americans that are possibly tired of being stereotyped in things like Westerns. I could go on, but I think you get my point. ‘But Rob, they can just go back to their own country or get specially styled channels for their cable for all that stuff! No need to inflict it on us!’ Uhh… No. No, they don’t have to do that at all and if you don’t like that something different on your screen or in your comic book?

Oh well. As that’s what the remote and another comic book is for after all. But at least try and give it a shot cause you never know if its gonna be something you’ll enjoy. And if your head hasn’t ended up bursting from reading all this cause you don’t like that something different, congratulations! Now, good night all!

Special thanks to OCTOpuff of the CXC Community Discord Server!