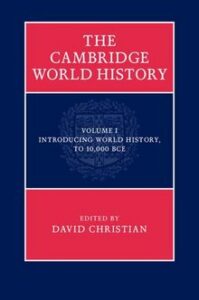 History, A Heck Of A Thing

Through the study of world history, we have had many opportunities to see present day events have similar results when compared to their historic equivalents. In other words, we have seen history repeat itself time and time again. And even with this knowledge, and access to the possible prevention of making these same mistakes, we find that those that are in control just don’t seem to care. Now why is that? Is it confidence or ignorance? Is it ego or stupidity? Is it the thought that this time you can do it better? Or is it the fact that you personally saw what was done wrong, and swear to never make those same mistakes? Either way, to do the same thing over and over again, expecting different results each time, is the definition of INSANITY! And it would seem that although this new “Wrestling War” is hot now, do to the following of certain traditions, this “new thing” that everyone’s talking about, will die out faster than Enzo Amore’s rumored potential WWE return.

As seen with WCW vs WWF (the original Monday Night Wrestling War), if you only focus on ratings and numbers instead of talent and what the fans really want, YOU WILL FAIL. And with TNA vs WWE (the second and very short lived Monday Night War), if you spend your time “talking about what the other guys are doing”, and focus on bringing in your competition’s talent instead of displaying the incredible talent that you already possess (the same talent that got you this far aka A.J. Styles, Samoa Joe, Christopher Daniels, and Robert Roode just to name a few), again, YOU WILL FAIL. Now, I personally don’t have all the answers, because if I did, you would see me on TV, and the world would know my name. Of course I mean in a good way, unlike Vince Russo, Jim Cornette, John Laurinaitis, and possibly Bruce Prichard, Eric Bischoff, and yes the big man himself, Vincent Kennedy McMahon.

Pop quiz: Did you know that Roderick Strong was a member of the TNA roster in 2006 and even had an opening match on the PPV called Final Resolution? Answer: Yes, this is true, and what’s even more amazing is the fact that he was known as the “Master of the Backbreaker” way back then as well. So the first thing we learned through Wrestling History is the fact that you don’t know what great potential talent you have at any given time. But the biggest problem is that you never WILL find out because you don’t give them a chance. When you stay focused on your top guys or big “Main Event” talent, you don’t allow yourself to grow, expand, or create new talent/storylines. This results in only one thing; boredom from the fans and the inevitable tuning out of your TV programs and live shows.

Watch TNA from 2005 to it’s transition to IMPACT Wrestling by 2017, all the great talent they had then (which is who is now killing it in NXT and AEW) was constantly thrown to the side in order to focus on bringing in so many different “Legends of Wrestling”. 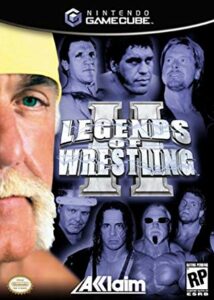 So here we are, the moment that some feared and others waited for. AEW, after a major impact debut with over 1.4 million viewers, has finally lost its ratings war winning streak. And yes, NXT stars were not shy and very quick to brag about it on Social Media. But how did this happen? Well it was very simple, WWE had a plan! There is a reason why WWF/WWE has been on top forever. They have the ability to grab the audience whenever they really want to, but like many regular people/procrastinators, you need to really spark a fire under their ass to get them going. WWE had a great story to not only put NXT on top, but also sell out their latest upcoming PPV SURVIVIOR SERIES. Everyone loves an “Invasion Angle”, this has been a fact proven since the birth of the NWO in WCW. Now, lets not bring up that horrible Invasion story from the early 2000’s when WCW/ECW “invaded” WWF, by now, we all know how and why that story absolutely sucked and failed so badly.

But with the NXT trying to take down both SMACKDOWN and RAW in order to no longer be seen as the “Minor Leagues” of WWE, you as a fan of NXT Wrestling could not help yourself but to watch it all unfold. The result; for the first time after a dominating 7 week winning streak, AEW lost on it’s 8th week (11/20/19) to NXT by a rating of 23,000 more views. This was a harsh blow to AEW. It’s not like they did anything wrong. They had solid matches like Kenny Omega vs Pac, Hangman Page vs MJF, and even a Championship Title match between Scorpio Sky vs Chris Jericho. I guess the problem with this is that these big matches are repeats of great battles we’ve already seen. AEW also took the time to put on display some of their younger, new, and original talent. Great idea, however, it was probably just at the wrong time. And the show opened with the hilarious “Thank You Celebration for LE CHAMPION” and the announcement of “A little bit of the Bubbly for sale”. Everything was there for AEW but somehow NXT did it. They won a round in the battle of the Wednesday Night War. So what happened after the lead up to the NXT TAKEOVER and insertion to this year’s SURVIVOR SERIES?

Wednesday Night Wrestling War Results for 11/27/19: 663,000 AEW vs 810,000 NXT! What is happening to AEW? Is the dream of real competition in the world of Professional Wrestling TV Programming already over? Certainly I hope not! Being a fan of all things Wrestling, this new war has been the wakening of a sleepy giant, and I’d hate to see it end before reaching any of its full potential. The predictions for the first battle of December 2019 are as follows: AEW = 751K (up from 663K) vs NXT = 882K (up from 810K) with a total of 1.633 million views worldwide (up from 1.473 million). The fans believe that NXT will take the win for the 3rd time in a row. What do you think?

* (Breaking News) This editorial has been withheld and re-edited to include the latest results from last night’s ratings war. So here it is, official as of 4:23pm NYC Time: AEW = 851K (up from 663K last week) vs NXT = 845K (up from 810K last week) with a total of 1.696 million views worldwide (up from 1.473 million last week) AEW has made a comeback and the score is now 8-2, as AEW shows us what they are made of. Thank you fans for patiently waiting for this latest editorial to publish, now back to the regular content you guys have grown to love*

I will say this though; last night I thoroughly enjoyed AEW. I watch AEW each week live, while DVR’ing NXT. Every match was great. The opening bout was a 6-Man tag featuring the Young Bucks and Dustin Rhodes vs Santana, Ortiz and Sammy Guevara. A great match filled with talent, and it had a finish that would make you spit or spill your drink! Cody Rhodes cut another fantastic A+ promo, verbally destroying MJF. Please watch this Cody segment and be treated to a lesson in cutting promos 101. Nyla Rose in full beast mode crushed my new favorite female talent Shanna as well as a poor innocent referee both through the same table. Chris Jericho “The GOAT” ran a clinic on how to control the microphone and the audience. He reintroduced “The List” but now calls it “The Lexicon” as he continues to cut any relations to his WWE career. And the main event match between Moxley and Janela, had a bit of an old school feel, but delivered exactly what a final match of the night should have.

It is true; I am a bit biased when it comes to these two shows. But not because I like one show more than the other, it’s because I love competition and a change from the norm in Professional Wrestling. I also enjoy discovery! Seeing something new or very different is not just important to me, it is what will keep this industry alive. I’ll never forget the day ECW came to Monday Night Raw on February 24, 1997. This was the first time I had ever even heard of these guys. The truth is I thought these dudes were a bunch of “Bum Ass Losers”, and could never be taken seriously. The biggest takeaway from that night was Sabu falling off the giant “R” of the RAW letters sign prop. He was supposed to perform a “high-risk” dive off the top of the letter, but do to the instability of this prop, he kinda just fell and looked like a stupid weak idiot. And The King Jerry Lawler was very quick to jump on that moment and point out everything wrong with “Extremely Crappy Wrestling” as he loved to call it back then.

But the result of this “Invasion” gave Paul Heyman or “Paul E. Dangerously” and his ECW brothers a once in a lifetime opportunity to promote their upcoming PPV on a gigantic international platform. If it weren’t for me eventually getting into ECW and the rise of “Hardcore Wrestling”, I probably wouldn’t be a fan of this awesome sport today. ECW is responsible for the famous “Attitude Era” of the WWF/E, as well as introducing modern day stars like Chris Jericho, Dean Malenko, Rey Mysterio, Steve Austin, and Mick Foley, as well as the introduction of Lucha Libre and Japanese “Strong Style” Wrestling to a national American audience. 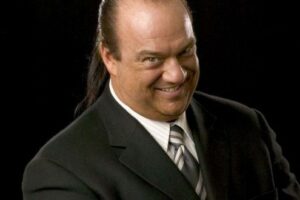 We need competition in Professional Wrestling. This is an undisputed fact! History has proven this many times before and will continue to prove it well into the future of this industry. But not just any competition, it has to be good. With cable and especially satellite services, you can find various forms of Pro Wrestling TV content. But do we really watch everything? When you have time for only one show, do you choose the one that everyone’s talking about or the one that no one knows even exists? AEW is important and we gotta help it grow into the next big thing. WWE will never go out of business, so we don’t have to fear that idea. But just like how the original ECW helped the business, AEW is the next big wave to bring in all the new and old fans of this sport. 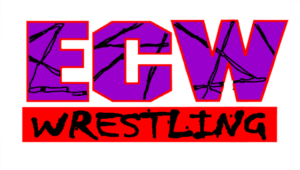 Thanks again for taking the time to read this latest editorial from yours truly! This has been Adrian Richardson, with another AEW Review and Lesson in Wrestling History. Please remember to LIKE, SHARE, COMMENT, SUBSCRIBE, AND SUPPORT US HERE @INDIECOMIX.NET. See you again real soon, stay tuned for more incredible Wrestling and Pop Culture content as well as everything Super Hero & Comic Book related.