Limited Runs, One and Dones, Graphic Novels, whatever you wanna call ’em, they’ve been around in both the Big 2 and in the Indies for decades. They’ve become fan favorites and have stayed favorites even years later cause of how great they are. And here recently, I decided to hit up the mean streets of Twitter to see who’s a fan of what and maybe even why when it comes to those lovely Limited Runs. So here we go! 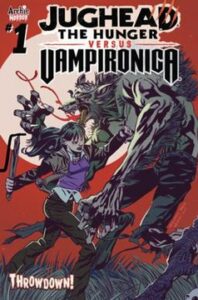 Hex: Impulsive Spending expressed love for Teen Titans: Year One thanks to it expressing adorableness and love. Held an appeal for younger readers and that my friends is always important. Especially if it helps introduce you to the world of the Teen Titans!

Hollow Girl’s Luke Cooper went in for I Kill Giants, I Hate Fairyland, We3, Men of Wrath, and Marvel’s Secret Empire!

James Blundell for Image Comics’ Harvest and who can blame him? What’s not to love about a disgraced Doctor caught up in an organ harvesting enterprise!? I sure dunno but only a crazy person wouldn’t love it! He also included X-Men Origins: Magneto: Testament!

GeekHero Bubba decided to take things back to the 90’s with the three part slobber knocker known as Venom vs. Juggernaut!

Robert J. Sheridan got the love for Venom: The Madness. Featuring the incomparable art of Kelley Jones! Woot! And can’t forget Batman: Kings of Fear!

Sam Stavole-Carter is a bit apocalyptic when it comes to James Tynion IV’s trio of Memetic, Cognetic, and Eugenic! Excellent! He’s also clearly enjoying what’s been going down in Jughead: The Hunger vs. Vampironica! And my does that sound wild!

Ian_Face (Tomb Kickstarter is Live!) expressed his love for Image Comics’ Mystery Society! And my does the imagery he was so awesome to add manage to capture my curiousity quite well! 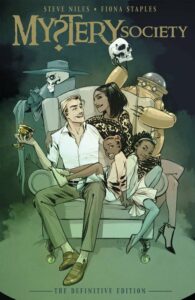 Paul Axel The Fade Out!

Scott Mack Weighed in with Ken Reynolds and Sam Bentley’s Cognition and as well as Shaun Paulet’s XTC!

Rob Pilkington Says Gotham After Midnight for him!

Comic Collecting 101 If you could consider the first ten issues of Zot! a limited series (the color issues), “Key To The Door” was a fun, compelling story! And I (Ol’ Rob) say sure, why not!? 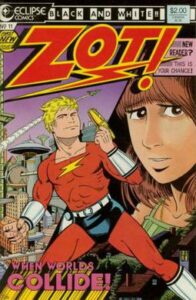 Will “Revive Juniper Lee” Ward Goes in for that Sgt. Rock: Between Hell And A Hard Place!

Shane Manset Has a sweet foursome in the form of Deathstroke and Batman: City of Assassins, Batman: The Long Halloween, Grendel: Warchild, and Daredevil: Yellow!

Chris Murrin Loves him some of that Marvel goodness in the form of the Shadowline Saga! 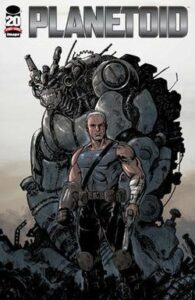 Ryan Sabretooth. Victor Creed going hard in his own solo adventure. Hard to not love it! Plus I had never seen an art style like #MarkTexiera. 20-odd years and it’s STILL one of my favorite reads.

OneLeggedBooks Lady Killer, Chrononauts, Beasts of Burden, Deathbed, Klaus, and Old Man Hawkeye would be a few of my picks. Seems like a lot of indie minis end up being really good. Not saying the Big 2 don’t put out good minis but they tend to have better story arcs in certain runs than minis.

Hellhound On My Trail DC’s Rock Of Ages.

Scott Broughton Goes in for that Meltdown (The Havoc and Wolverine 4-parter!) 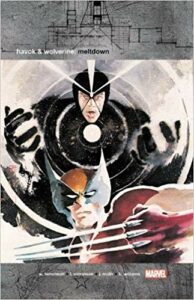 Yours Truly Jeff (No surprise there really), Mech Cadet Yu, Space Warped, Karma Police, These Savage Shores (Even though the final issue isn’t out yet but whatever. Its earned a spot!), Fiction Squad, Modern Testament, Spider-Men, Ghost Wolf, and Username: Evie.

Holy Donuts, Batman! That was a lot to get down! And now, you might be wondering, ‘Why include Big 2 when you’re primarily all about the Indies, Rob!?’ Now, back in the day, I would have preferred it to be strictly Indie but when I started this idea and saw the responses rolling in, I realized it was pointless to say no to Big 2 inclusions. Plus, it was kinda fun to see those answers! Huge thanks to those who took part in this and thank God for Comics and the Community its created! Until next time, folks!