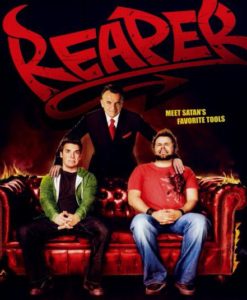 Holy smokes! Is it really true!? A whole new edition of ‘If Its Possible, Why Not?‘, back in the flesh!? Why yes, yes it is folks! And long time readers may remember this little column idea of mine but if not, I’ll help you get caught up to speed with a little of this and a little of that. Though fair warning, it will be quite a bit of reading! But the short gist is… The possibilities of bringing a show back from the dead but in comic book form to continue where the show left off since it got cancelled or what have you. And in this edition, I’m talking about a show from way, way, way back in the day when the CW channel was known as the WB channel. A funtastic show known simply as ‘Reaper‘. It ran from September 25th, 2007, to May 26th, 2009 for two seasons until the Writer’s Strike (and being on the low end of the ratings spectrum. One reason being it wasn’t attracting enough women to due to its strong lack of romance focus.) unfortunately killed this sweet show.

And if you have no idea what I’m talking about for some odd ball reason like you were under a rock around this time or sailing the Seven Seas for whatever reason that only made sense to you, here’s a little info for ya!

‘Sam Oliver (Bret Harrison) lives at home with his parents (Andrew Airlie and Allison Hossack) in the Seattle area. Sam dropped out of college (“It made him sleepy”, his Mom explains) and took a dead-end job at the Work Bench, a home-repair superstore. He spent the rest of his time hanging out, playing video games, and pining for his co-worker, Andi (Missy Peregrym).

On Sam’s 21st birthday, his parents behave very strangely, and Sam himself sees hellish visions and experiences odd events. His father eventually claims that many years ago, he was very sick, and in return for restoring his health, he and his wife promised their firstborn child to the Devil (Ray Wise). Although the couple intended to cheat the Devil by not having children, this plan went awry when Satan persuaded their doctor to lie and tell the couple that they could not conceive in exchange for wiping his gambling debts clean. Sam was born shortly thereafter.

After informing him of his fate, the Devil explains to Sam that he must serve as his bounty hunter (or “Reaper”), tracking down souls that have escaped from Hell and sending them back using his new powers (which include telekinesis) and “vessels”, varied objects said to have been hand-made in the bowels of perdition by the iniquitous and the vile. Vessels appear inside a long wooden box sent for Sam to open (with the Italian inscription “Lasciate ogni speranza, voi ch’entrate” [“Abandon all hope, ye who enter here”], as was written on the entrance to Hell in Dante’s Inferno), and are specially designed for each job. Examples throughout the series have included a Dirt Devil vacuum cleaner, a Taser gun, and a cigarette lighter.

Although Sam initially balks, Satan tells him that should he refuse, then Sam’s mother’s soul is forfeit. Unwilling to sacrifice his mother, and convinced that he is doing good in the world by tracking down evil souls, Sam accepts his fate. With the help of his slacker friends Sock (Tyler Labine) and Ben (Rick Gonzalez), he begins his new life tracking down the corrupted souls trying to escape their own eternal punishment.‘ 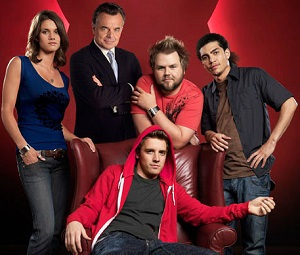 Oh? Still not ringing a bell? Well, how about this video!?

Now you remember!? Excellent my good man or lady! Simply excellent! Fun fact, back in 2001, Tyler Labine was in another WB produced show known as ‘Dead Last‘ that unfortunately, only lasted one season. So him being familiar with matters of the Soul wasn’t new territory for him! Though why ‘Dead Last‘ was cancelled I’m not entirely sure of but since ‘Ghost Whisperer‘ wasn’t a thing just yet around then, is certainly not a reason! But enough of that and back to why you, me, and your grandmother are here right now! ‘Reaper‘ was a fun show and while I don’t exactly recall why I missed out on some of season 2, one of the best things it gave us was Ray Wise as the Devil himself. A man who could go from easy going to intimidating real damn fast! His portrayal is as memorable as Viggo Mortenson’s back when that man took on the role himself in the first ‘Prophecy‘ film back in 1995. And if you haven’t seen that, you’re missing out.

Though… Maybe skip the 4th and 5th films altogether unless you’re a real completionist type of individual. It was definitely interesting to see Sam have to use items you wouldn’t ever think would be used to capture escaped Souls from Hell. Along with learning the right way to get the job done, which, as I recall, led to a comical issue or two cause of not doing the job right the first time. Showing that at least with the vessels, ol’ Satan has a weird, screwy sense of humor. And had the show gone past season 2, I’m quite curious as to what else Sam and his friends would have to use in order to capture those Souls and if whether or not things would get darker as time went on. Which is why continuing the show in comic book form is the perfect way to do things and the sooner the better instead of allowing it to stay in limbo land! Because there was the very real potential for Souls worse then the ones that showed up on the show to, well, show up. 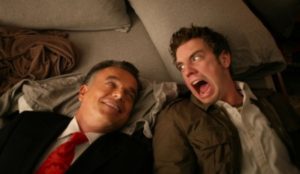 Hmm… Fairly sure I’d be reacting the same way as Sam too!

Forcing Sam and friends to step up how they deal with those particular Souls and what the vessel for them would be like. And considering the season 3 plans that could have been, it would have definitely been interesting to see how the whole who is Sam’s real father situation could have played out and with a comic book continuation, it could be done. Now there is one possibility that if the Arrowverse shows ever were to get the okay, we could see the Flash visiting this version of Earth since Rick Gonzalez played the character of Ben on ‘Reaper‘ and now plays Rene ‘Wild Dog’ Ramirez on ‘Arrow‘. Which, makes for some potentially fun fanfic scenarios if that kind of thing is your jam! Now the question is… What Comic Publisher would be ideal for a comic book continuation of the show? BOOM! Studios? IDW? Dark Horse? Image? Or perhaps a smaller Publisher like Vault, Weldon Studios, Amigo Comics, Inverse Press, Alterna, Mad Cave Studios, Source Point Press, or any other numerous Publisher out there? 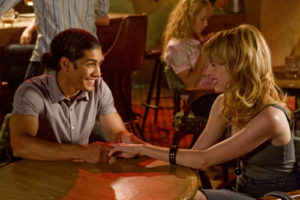 Ben and his demon girlfriend Nina! Wonder what she’d think of his alternate vigilante self?

BOOM! and IDW both have done great jobs with the licensed properties such as Ghostbusters, Ninja Turtles, Transformers, Farscape, and Power Rangers. So either one could be ideal for a home for ‘Reaper‘. Though its certainly possible that Action Lab would possibly be a great fit as well since they got to do the comic version of the ‘Puppet Master‘ film series! Which is either something you love or hate and admittedly, I still need to read those comics! Now allowing this to happen with a Publisher like Vault, Weldon, Amigo, or any other Small Press Publisher would be a huge boon. Allowing for them to get even more of an audience that would possibly start taking a look at other titles they have to offer for one’s reading pleasure. Vault’s also been kicking it out of the park a lot lately with how well received their titles have been by comic fans as well. But another thing to keep in mind, is the creative team for the ‘Reaper‘ comic. Who would be the best fit for it to ensure its success? 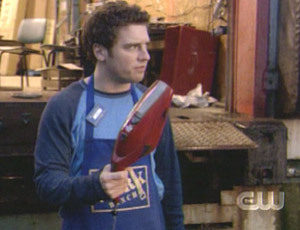 Sam and one of the vessels!

Maybe Kevin Smith could have a hand in the making since he was involved for a period of time until he no longer was. And with the season 3 plans that could have been, the creative team could build off of that and go from there while creating new plot points with perhaps some input from the makers of the show. Meaning that we could easily have a number of years of reading material where ‘Reaper‘ is concerned and that would just be seriously sweet. Even possibly getting chances to see previous or current Reapers who may or may not be in Sam’s unfortunate position where a loved one’s Soul or said Reaper’s Soul is concerned. Maybe we could even get a spin off dedicated to Steve and Tony! A pair of Demons who are Gay and in love with one another. Of course with one having become an Angel by the end of the show, that might make the relationship a bit more difficult! 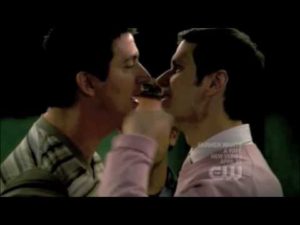 What say you folks? Is it possible for ‘Reaper‘ to make its grand return in comic book form? What Publisher would you want to see take the title on? Who would you want on the creative team for the potential book? Sound off in the comments below! 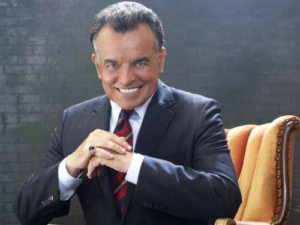