It all ends here!

They’ve faced cannibalistic bikers, gill men, Tok-tok, depth dwellers, vampires, krakens, and Cthulhu himself. Now, the heroes of BROKEN MOON: LEGENDS OF THE DEEP must be witness to a battle deciding the fate of the world. Dagon has been awakened to fight Cthulhu, and it’s not guaranteed that anyone will survive the encounter — in fact, readers not yet caught up on the series who are keen on avoiding SPOILERS might want to skip the following pages!

Writer Ben Meares has once again teamed up with creator Philip Kim and artist Nat Jones to bring you a conclusion worthy of the icons that inspired it. Coming August 9th! 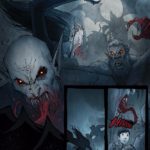 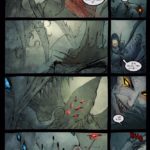 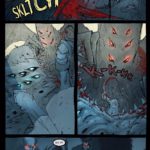 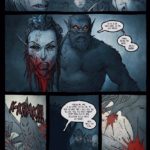 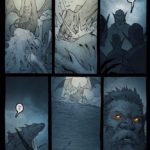 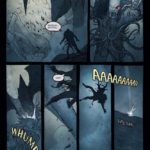 ABOUT FAMOUS MONSTERS®
Famous Monsters of Filmland (est. 1958) is the world’s longest running entertainment fan magazine. Credited as the original authority in what we know as geek/nerd culture today, Famous Monsters influenced an entire generation of monster fans who grew up to become some of Hollywood’s most recognized names: Steven Spielberg, Guillermo del Toro, Peter Jackson, Rick Baker, and so many more. Today, the magazine enjoys worldwide distribution, and has expanded beyond the pages to include licensed products, comic books, designer apparel, an e-commerce division, and a special events and conventions arm.

ABOUT AMERICAN GOTHIC PRESS™
American Gothic Press, established in 2015, is a publishing imprint of Famous Monsters of Filmland magazine consisting of comic books in the Sci-Fi, Fantasy, and Horror genres. Famous Monsters of Filmland was the first entertainment fan magazine of its kind, having been established in 1958 by Forrest J Ackerman and publisher James Warren. American Gothic Press marks Famous Monsters’ journey back to the creation of original characters. Following a stunningly successful 2015 with the series GUNSUITS, BORNHONE, BROKEN MOON, PROJECT NEMESIS, and MONSTER WORLD, the imprint continues to introduce new original titles (KILLBOX, THIN, ISLAND 731) and licenses (IRWIN ALLEN’S LOST IN SPACE: THE LOST ADVENTURES) to wide critical and popular acclaim.

ABOUT COSMIC-CON™
Cosmic-Con® is the event division of Famous Monsters of Filmland®, the world’s longest running entertainment fan magazine (est. 1958). For years, Famous Monsters has brought fans of sci-fi, horror, fantasy, and pop culture together at events across the United States. Cosmic-Con, officially established in 2012, developed as a natural progression of Famous Monsters as a means to champion, promote, and foster fan gatherings, including the world-renowned San Diego Comic-Con International. The mission of Cosmic-Con is to partner with the biggest names in the entertainment industry to bring audiences experiences that are truly out of this world.