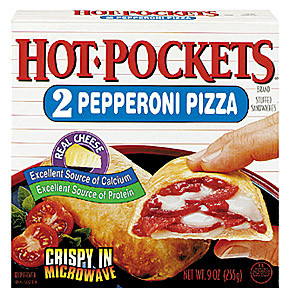 So I’m going to take a moment and talk about something that’s circulating in my head. No, its not about why Bacon is such a craze, or why math has to be so gosh darn complicated, or about my Hot Pocket obsession. No, I’m going to talk about something else. Something that is much ado about Indy comics and film/animation. While everyone and their mother in the Geek/Nerd Nation is either in Heaven or Fanboy/girl rage over the various Marvel/DC movie/animation film news coming out lately, there exists a large quantity of untapped potential. And its largely coming from the Small Press Publishers out there. 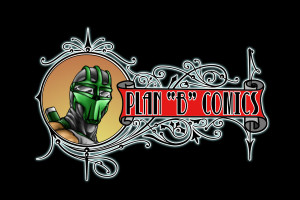 For when the first option just isn’t enough! 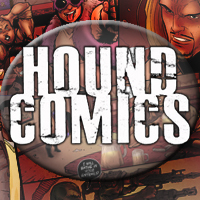 Publishers like Plan B Comics, Hound Comics, Alterna, and so many others. These are Publishers who could take any number of their books and turn them into a movie, tv show, or some form of animation and have success with it; because in my view they are something different than what we have with Marvel and DC. Course that sort of thing takes money, and you could do something entirely low budget and if there’s enough dedication it would come out pretty great; and I doubt there would be a lack of dedication on their parts. Or just use something like Kickstarter or Indiegogo to help make any of the funds you might need to produce the film. And the best thing about all this would be that any of the comics turned movie or otherwise would be in the complete control of the Publishers and their creators. And no other people who might want to change something just cause they feel it would for whatever reason be a lot better. 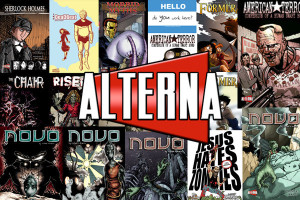 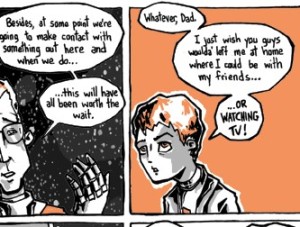 Anyways… Let’s take a look at the Alterna Comics title ‘Adam Wreck and the Kalosian Space Pirates.‘ This would make a great animated film. And would be absolutely perfect for young ones to watch. Since the main character is a kid just like them. Heck even teenagers on up could enjoy this! And would hardly be frightening unless someone like Michael Bay decided he wanted to do something with it. Which I sincerely hope he would never have that inkling to be involved. Course now I have to shake off the shudder from that imagery. And if I’ve caused any of you to deal with that too, I apologize! Reason I feel it would be perfect for the young ones; is that largely he’s just a kid stuck with his parents on what is basically a business trip of sorts. Something I’m sure quite a few youngsters can relate too. And then being completely bored after you’ve done everything a hundred times or so with whatever it is you have with you during the trip. If you’re looking for something a bit more violent. Maybe HBO or some other channel could make an agreement with Plan B Comics and bring their character Deadzone to life. I can only imagine how bloody that would be! Maybe get the T.V. Series treatment rather than a movie. 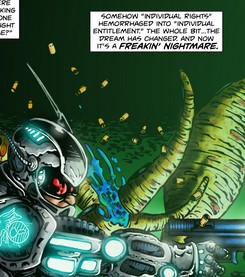 Plan B’s Deadzone being all philosophical while airing out his anger in a violent manner!

Plus if you ever wanted to see a revival of Tales From The Crypt with loads of new material. Things like Robert Heske’s Cold Blooded Chillers: Tales of Suburban Murder and Malice, One and Done, Morbid Myths, and Fritesite would be great sources of material. Easily at least 3 seasons possibly worth of stories to choose from. And could even use the Man of God book as a special Tales From The Crypt movie feature. 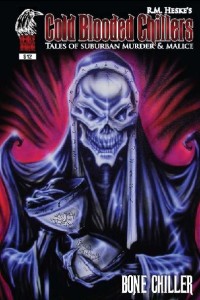 Gosh, Death from Cold Blooded Chillers is such a nice guy for when you quickly want to know the time! 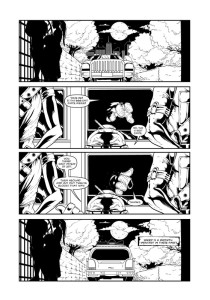 Librarians going the extra mile as the Lord of Spookyness tells it in Morbid Myths!

Just one example of why getting downsized sucks in Whore!

I owe it to a review at Trash Mutant for that bit of inspiration to think of that. Thanks guys! Whore would also be another goodie that would be great for something like Cinemax, HBO, or possibly even FX due to the many adult themes in the book. Not to mention the general craziness that goes on it while the main character does whatever possible to make a buck! Although one might think its a knock off of the Burn Notice show, but I think they would be absolutely wrong in that respect since I don’t think the main character from that show would do just about anything to make some money. 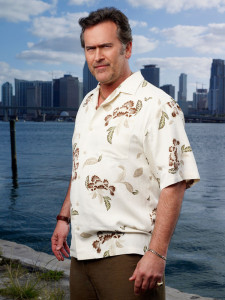 So am I insane for thinking any of this? Or possibly on to something with any of it? Leave your thoughts below! 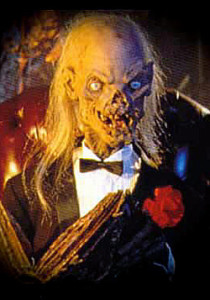 Written by: Rob Wrecks
With edits by: Derrick Crow and Richard Boom