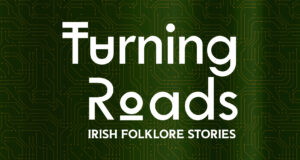 Dublin based comic collective Limit Break Comics has launched a Kickstarter campaign for its Irish folklore comic anthology, Turning Roads. The book contains stories by over 30 comic creators, retelling Irish myths and legends in modern and future Ireland. The anthology is due for publication in the summer of 2021.

Turning Roads is edited by Paul Carroll, taking a science fiction and modern fantasy approach towards retelling familiar stories. 18 short comics from Irish and international creators address legends including the Banshee, the Headless Horseman, Tír na nÓg, and the Children of Lír. The crowdfunding campaign aims to raise €6,000 before March 28th 2021, with an online focus on Irish folklore planned for St Patrick’s Day.

“By utilising a crowdfunding platform like Kickstarter, we hope to emulate the communal traditions of Irish storytelling in a distinctly modern setting,” says Carroll.

Limit Break Comics is a Dublin-based comic collective, founded on the back of a shared desire to see small press comics grow in Ireland. It is made up of Paul Carroll, Gareth Luby and Gary Moloney. 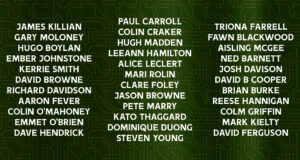