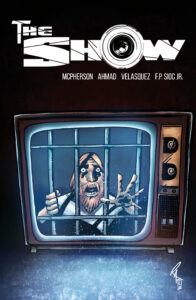 What happens when TV becomes your reality? For most folk it’d be a dream but Johnny Teevee it’s a goddamn nightmare. He’s completely isolated from human contact and subjected to all kinds of cruel and unusual treatment – all for your entertainment. But what happens when he’s pushed too far?

The Show is a [email protected]%$ed up tale of reality TV and the lunatics that create it. It’s the Truman Show on a shoe string budget with Hunter S. Thompson as the show runner. It’s, well, it’s the greatest show on earth…
80 page – Full colour – Comic 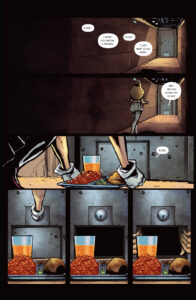 The Show is now on Kickstarter with a 1,316 dollar goal and so far it has reached up to 521 dollars with 29 days to go! With your help, this project will surely be a success! 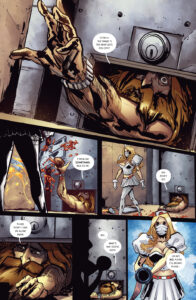