Well 2020 has arrived, and it has not left us short of anything less than the most exciting and entertaining news and events affecting us around the world. Some stories good and some stories sad, but there has been a major impact kicking off this year, and this decade, and we are only in February. We can talk Politics and the Impeachment trials, we could gossip on the big Awards Ceremonies, and we can mention all the New Year’s Resolutions that have either failed or have already been forgotten. But no, no, no, this is not why you tune into IndieComix.Net. We are Pop Culture and everything you need to know about it. Today we are here to talk about WRESTLING. More specifically, we are here to discuss the new war within the top two brands right here in the good old USA. AEW vs WWE started the now super popular “Wednesday Night War” in October 2019, a cinematic reboot to the classic “Monday Night Wars” of the 1990’s WWF Attitude Era and WCW’s edgier programming featuring the NWO on Monday Nitro. It was Turner’s Cable Company that began this war the first time, and whether or not “Billionaire Ted” wanted a direct rematch, he certainly got one. 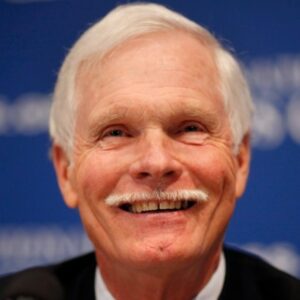 In the majority of homes all across America, you can find AEW and Professional Wrestling on Cable’s TNT Network for the first time in almost 20 years. That is how long ago the original war ended, with Vince McMahon claiming victory, thus allowing the once innovative genius to become soft, stale, complacent, boring, and above all, too old to fight. The “Vinnie Mac” we knew and loved then, is not the same guy that graces us with his presence every once and a while on WWE TV today. 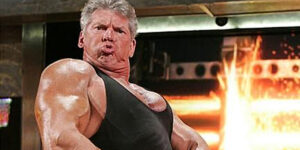 As we know by now, there has been a ratings war that has seen AEW as the champions with a 14 to 3 record against WWE’s NXT. Although the “Yellow Brand” has been getting their asses kicked for the majority of the last 18 weeks, they have significantly improved not only the quality of the show’s production value, but also the stories, characters, and in ring action have all seen incredible enhancements. If I weren’t a fan of AEW, I would probably tune into NXT more often. But it’s not so much that I’m a fan of All Elite Wrestling, as much as I am a fan of change in the sport I’ve been watching since the 80’s. If not for the rise of “Attitude”, thanks to the birth of ECW and “Extreme Hardcore Wrestling”, I would be like all my friends and give up on watching shows. 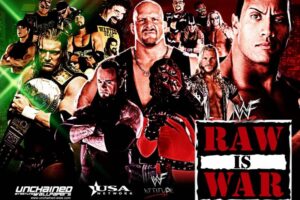 This year, AEW launched its new season with a few big events and announcements. We got to see their first ever made for TV PPV called “Bash at the Beach”, which if you are old enough to remember, this event title has been a huge part of major Wrestling History. Bash at the Beach was originally associated with the WCW in the early 90’s. This event hosted to the night where the now famous “Third Man” was revealed and the Hall of Fame class of 2020’s NWO was born in the summer of 1996. By 2008, you could look forward to WWE’s SummerSlam and now Bash at the Beach every year giving us a double dose of summertime Wrestling Entertainment. Before WWE retired this event title, it was renamed and repackaged as simply “The Bash.” The key word is retire, which leads to expire, and this is the loophole that allowed AEW to scoop up this now controversial event title. All over the Internet, there are questions regarding who really owns the name of this event, or is AEW really even allowed to call any of their programming with this name.

Well here is the absolute truth! The title “Bash at the Beach” became public domain and technically had been since 2005. AEW, like the famous Walt Disney, saw an opportunity to take claim to something that had already existed and was well established. But here is the only real fact you need to know about the now infamous “Bash At The Beach” label: It is the only event title to become a part of the three most significant Wrestling Organizations in the history of this business so far.

AEW the following week aired another special event on Cable TV called “Chris Jericho’s Rock n Wrestling Rager At Sea.” Now this was not a live television event, however it was the first time this occasion was broadcasted on a national level. Like the week before, this particular show had a big PPV feel. There were some great matches including the main event. It was also just nice to see things with a different look. You could see that the people in attendance were having a great time at this party, and certainly got their money’s worth as well. I have never been on a cruise, but I am excited to think that I can be a part of something that has this level of extravaganza.

2020 so far was not just about big matches and new events, there was also some exciting backstage news. AEW has officially been resigned by TNT, and their contracts with Cable programming has been extended all the way into 2023. This means no matter what, we are in for at least a three-year ride. There is talk about another TV show looking to air sometime soon (possibly AEW DARK moves from YouTube to cable or network broadcasting). One thing that is not a rumor is the fact that All Elite will also extend their Championship lineup. This means new title belts, new champions and or divisions will soon be a part of this groundbreaking show. Plenty of options and ideas as towards which new belts will actually get the green light are being thrown around currently behind the scenes. Until we have a more concrete understanding to what will really happen, we’ll just say that we are happy and hope that these ideas will further the creativity of this show.

2/12/20 and the latest airing of AEW Dynamite has just wrapped up with a match featuring Jon Moxley against The Inner Circle’s Santana in an “Eye for an Eye” match. Although Moxley got the victory, he definitely did not look like a winner as the rest of this hot new faction forced a gangland attack on the already beaten #1 contender for Chris Jericho’s World Heavyweight Title. The show opened with a Tag Team Championship match between Hangman Page and Kenny Omega vs SCU. The former and inaugural Tag Champs brought their A-Game to the match, in what was a very back and forth fight for the 1-2-3. We have been seeing some tension building with Hangman lately, and whether or not his head was proper on his shoulders became the big mystery and concern of the entire Elite crew. As it seemed like a possible miscommunication could have cost the champs the win, thanks to the intensity and never say die attitude of Omega, the team was able to get it together, and work their way into another successful Championship defense.

Unfortunately, not every Champion on the show was victorious in their match tonight. Riho, the cute, young, veteran of Professional Wrestling since the age of 9, and first ever female Champion of AEW, lost to the “Native Beast” Nyla Rose. The happy go lucky 90-pound champion just could not get the job done. Although Riho has a victory over Nyla, the Native Beast has been on a rampage, taking out everyone including the great Shanna, referees, and anything else in her way. Nyla Rose was just too much for the Champ tonight. Riho put up a great effort and almost pulled out a surprise win, but the Beast was on another level, and is now your new Women’s AEW Champion. 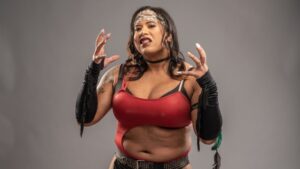 My source for the ratings results has predicted AEW to win another battle in the Wednesday Night War with 840K views verses NXT projected 783K views for a total of 1.623M views (up from the previous week’s total of 1.540M). AEW is doing a lot of things right, but let’s hope that this doesn’t lead to confidence and cockiness. Eric Bischoff will be the first to tell you how much that one mistake in the 90’s has continued to screw his career today. There are some good stories happening in All Elite Wrestling right now as we are heading to the first PPV Event of 2020, AEW’s Revolution available live on February 29th. Besides the big matches, we are all wondering who will debut for AEW in this first quarter of the year? What role will the Legend Tazz play, and will it have any major impact? What new titles will appear and when? And what’s the deal with Dr. Britt Baker? I loved Full Gear back in November, and I like that there is significant time in-between big PPV’s right now. This helps to keep the feeling of “special” and “can’t miss” attached to any show they put on Pay Per View.

Coming soon this year, “1996, The Year That Changed The Game of Sports Entertainment Forever”, a very compelling short story featuring an in-depth historical analysis of everything and everyone that made Pro Wrestling the huge international mega multibillion dollar phenomena that it is known to be today.