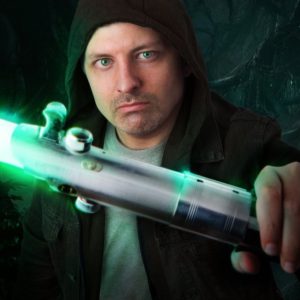 1. Hello there, and welcome to the Mind Meld here at IndieComiX! For those who may not know of you, could you tell us a bit about yourself?

I’m a writer, podcaster, and professional author. I’m a modern-day freelancer, I eat what I catch and move on to the next job. You can follow my activities on http://JaySandlin.com or me on twitter/instagram/facebook @JaySandlin_WHN

2. Your first comic from Mad Cave Studios is due out in December, titled Over The Ropes, what led to you deciding to do a title like this with Mad Cave?

Mad Cave hired me in 2018 based on writing samples I sent in for their existing titles, like Battlecats. When they chose me to write for them, they told me they’d noticed I talked a lot about pro-wrestling on social media. They said they wanted to write a wrestling comic and thought I’d be a good fit. It turned out, I was!

They described the project as a “pro-wrestling underdog story” with the working title of Lights Out. Everything else they left up to me. I loved the freedom and the editing staff is great. After Over the Ropes, I have two more series coming out with Mad Cave for everyone to look forward to in 2020!

3. How long of a series can we expect to have with Over The Ropes? And will there be other homages in its pages to Wrestlers we know and love?

As of right now, there’s nothing planned past these five issues. But I have a lot more story to tell. So if you want to know #WhatHappensNext, please pre-order the series at your LCS.

Further homages are absolutely to be expected, as wrestling is character based and there’s a goldmine of past characters to pick from.

4. Any teasers on those homages you’d like to hint at?

I think wrestling fans won’t have a hard time finding them. Issue one contains a nice easter egg for one of the Rock’s most infamous 90’s outfits and several poses and action sequences I took from some of my favorite moments in wrestling history.

5. Speaking of #WhatHappensNext how’d that come to be?

#WhatHappensNext is my podcast made up of professional writers discussing fictional battles and riffing together while making up stories on the fly. It came about after years of podcasting and wanting to continue to sharpen my skills in the art form.

6. What got you into not only Comics, but also Wrestling as well?

I got into both for the same reasons, I love a good story with larger than life characters. Getting into comics was as natural as breathing. I picked up Archie comics and issues of Sonic the Hedgehog shortly from the spinner racks while my mom shopped for groceries. I just never stopped reading, never stopped watching. It was amazing I had a chance to combine the two passions into one with “Over the Ropes“.

7. Hecks yeah! The two definitely go hand in hand! What have been some of your favorite matches over the years? Along with favorite moments in comics? 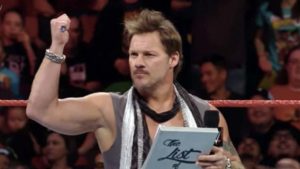 There’s a top ten list, in no particular order and subject to change at any time. 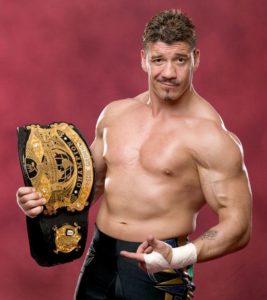 Comic moments, too many to name, but most involve Spider-Man. I always liked when Peter Parker saved everyone in Spider-Island, when he reclaimed his body in Superior Spider-Man, and I still get teary-eyed when he lifted the building for the medicine to save Aunt May. More recently, I’ve been enjoying Vault Comics’ run of creator owned indie comics. I’m loving the viking story in Heathen when they find a witch who says she’s been accused of worshiping Satan but she, “has no idea who that is.” I LOLEd.

8. There’s a number of Wrestling Promotions out there that have risen up over the last decade or so such as AIW, PWG, Chikara, Lucha Underground, and of course, AEW. What are some of your favorite Indie Promotions?

For the last two weeks, I’ve been really caught up in AEW. I grew up with wrestling on TNT and I’m glad to see it returned. They’re an upstart group of underdogs trying to make the best product possible in a saturated market with a lot of competition, much like Mad Cave Studios and their comics. I feel a kinship with them and hope some of the wrestlers find this comic someday, somehow! 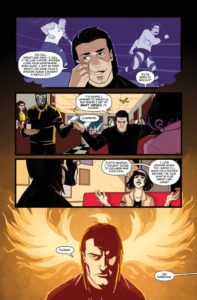 9. Ohh yeah, they are definitely making some waves! How far do you think AEW will go?

AEW has unlimited potential and I think it will more than live up to being the #2 wrestling promotion in the US and overall global wrestling scene. In the future, we’ll see more big stars make the crossover to the outlaw brand, while AEW will continue to build homegrown stars by mixing veterans with rookies. Its an exciting time to be a fan!

10. In addition to Over The Ropes, will we be seeing your name and writing skills on more titles?

That’s a definite YES. My second series with Mad Cave will be announced soon and go on pre-order by the end of the year, currently looking at a March release. My third series will also come in later 2020. And I’m working on some newly signed comic projects outside of Mad Cave, including shopping my creator-owned series around for a home.

Know of anyone? Tell them to call me, publishing is a headache!

11. Sounds awesome! And well, always Mad Cave, Source Point Press, or Vault! Now, for my final question, what advice would you give to those looking to get into the comics industry or are just starting out?

Advice? I’ll let you know if I ever figure it out. For now, I’ll say chase the experience and not the money, practice your craft regularly, and learn to be comfortable living in a world of rejection. 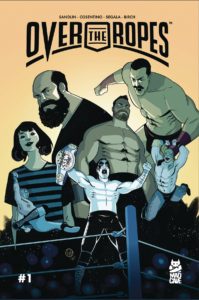 Editor’s Note: Many thanks to Jay for taking part in this interview! And remember folks, Over The Ropes #1 is out in December!