Sometimes, a second chance is all you need get something done when the first attempt doesn’t exactly work out. And Source Point Press/Drexler’s Nathan Kelly knows a little something about that! So grab a chair and join me and Nathan as he discusses all things Drexler and his Kickstarter experiences where Drexler is concerned!

1. Hello there, and welcome to the Mind Meld here at IndieComiX! Now, my first question, for those who may not know of you, could you tell us a bit about yourself? 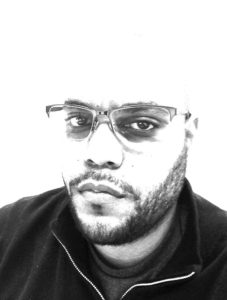 Hey! I’m an Army Vet and self taught artist. I started drawing comics in 2012 and have been striving to tell my own stories ever since.

2. Speaking of stories, you’re currently running a Kickstarter for a title of yours called ‘Drexler‘, what can you tell us about that?

This is my second attempt to fund this book and we’ve hit the mark this time around! Drexler #2 is a 24 page, fun, foul-mouthed, sci-fi, adventure yarn that I’ve had a blast working on! I hope folks enjoy this second installment!

3. This Kickstarter as you mentioned is also your second attempt at getting funding for the second issue, what is it that you feel is helping this attempt to be more successful than the first one?

The second effort to fund this book has been successful primarily because many backers have returned to support this project! Something I’m truly grateful for! I also cut the funding goal significantly which has helped as well!

4. What inspired the creation of Drexler?

The idea behind Drex was to merge elements of Hellboy and 100 Bullets (my 2 favorite comic titles) into a story with a sci-fi spin!

5. Would you say it was a learning experience where setting up the funding goal is concerned? 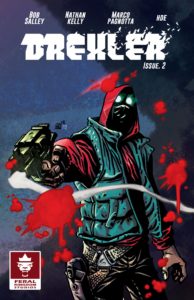 Every campaign whether it’s successful or a failure offers new incite. But yeah, dropping the funding goal was a major difference this time around haha!

6. Will Drexler be a short series? Or do you intend for it to be a fairly long one?

Drex is a 3 issue mini! Bob and I had talked early on about pushing it to 4 issues but I think 3 issues will work best!

7. Wouldn’t that cut the potential of telling the story? As well as feeling rushed? Or will there be plenty of pages that’ll make that less of a problem?

It was always planned to be a 3 issue series. We considered adding a 4th issue but determined that it wasn’t necessary.

8. Any hints of a possible happy ending for our boy Drex?

I don’t like happy endings haha! But we’ll see…

9. Oh boy, that doesn’t bode well for Drex! Once Drexler is finished, what’s next for you?

I’m already working on another project with writer Brian Hawkins. Its a supernatural crime 4 issue miniseries called Karcis! Imagine BBC’s Luther blended with HBO’s True Blood! I’m having a blast working on it! 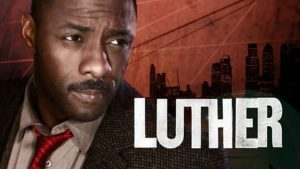 10. Sounds awesome! When can fans expect to be able to read Karcis?

No definite timeline for Karcis yet… Its in the works thou and its gonna be awesome!! 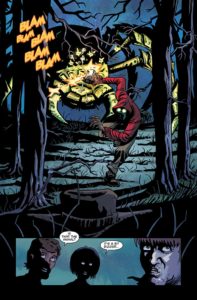 Some wild times on page 4!

11. With your recent experiences where Kickstarter is concerned, what advise would you have for others new to using it?

As for Kickstarter, I think early promotion for your project long BEFORE your campaign launches will give you better odds. The more you can make people aware of what your doing ahead of time will hopefully translate into a strong push in terms of meeting your funding goal because those first 24 hours are critical! You want to hit the ground running! Also set a realistic funding goal (which was my mistake on my previous FAILED campaign)!!

All will be revealed in the end! Drex and his town enemies will have to align to survive…

13. And for my final question, what advice would you give to those looking to get into the industry or are just starting out? 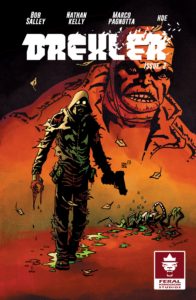 Just do it! Tell your own stories, make comics, make mistakes and learn. Like anything else in life success isn’t going to chase you down, nothing good happens if YOU do nothing! Go make comics!

Editor’s Note: Many thanks to Nathan for taking part in this interview! And currently, Drexler is at 3,310 dollars of its 3,000 dollar goal with 5 days left to go. So if you haven’t yet, pledge today and get yourself immersed in the world of Drexler!