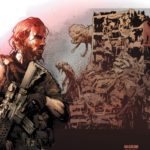 Written by: Massimo Rosi and Illustrated by: Gabriel Ibarra Nunez As the Giants continue to lay waste to California, the greatest of the government created super-humans, Anon, the clone of a great war hero who had previously rebelled against the United States, is awakened. In exchange for amnesty, Anon, reluctantly agrees to help the counter-offensive against the destructive Giants and is sent to investigate the area where the Giants first emerged at the San Andreas Fault hoping to discover a way to destroy these creatures before humankind falls. 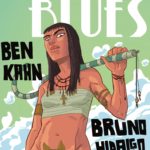 Written by: Ben Kahn and Illustrated by: Bruno Hidalgo

Isaiah, Erin, and their team have done the impossible by escaping from Hell into Heaven. But now they have to earn their keep. Their employer’s schemes and machinations hang over their head all while confronting Uriel, the savage and powerful archangel they’ve been hired to steal from. Unless the ancient grave robber, Amunet, can decipher the angels’ secrets, the thieves will be locked in a conflict they have no hope of winning. 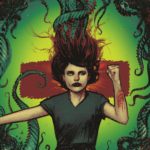 Written by: Mina Elwell and Illustrated by: Eli Powell

In the tradition of H.P. Lovecraft., there’s the InferNoct…As Sam attempts to discover the real reason the people of her town are being destroyed, she becomes aware of mind-rending creatures that feed off the sanity of their victims. It’s up to her to do something about it… if she can keep her grip on reality.  Sam is trying to turn her life around. Living in her tiny country town, she gets the only job she can, as an unofficial, untrained homecare nurse. However, it soon becomes obvious that her new client was willing to accept an unusual caretaker because this is an unusual job. Sam begins caring for an old man who won’t sleep, doesn’t talk, and never turns off the lights, but there’s something else going on in the house at night. 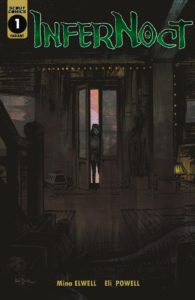 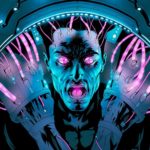 More about Alex’s true origin is revealed as Kent discovers sinister details about his and Alex’s grandmother’s mysterious past. Meanwhile, Kenzie’s mother seeks out Alex to help her find her daughter after she was abducted by the Think Tank. Agent Brand grows closer to discovering the means to destroying Alex, but is the personal cost worth the reward? The relationship between Berdy and the mysterious voice that speaks to him is examined further. Dr. Tramontano discovers that perhaps Kenzie may actually hold the key allowing Alex the ability to take control of the power that has consumed him since childhood. The reality-warping psychological thriller continues! 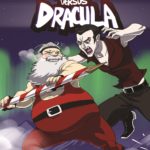 Written by: Ed Power and Illustrated by: Melissa Dejesus

Vampire vs. Elf! Werewolf vs. Reindeer! Frankenstein vs. Snowman! When Count Dracula, Igor, Mr. Hyde, and their forces of darkness invade the North Pole to obtain Ole’ Saint Nick’s ability to gain entrance into any home, Santa, Mrs. Claus, Jack Frost and all the forces of Christmas are forced to defend their home and their holiday! This is it, naughty vs. nice in an all-out, epic battle of the ageless for the ages! SANTA VS DRACULA! This time…It’s Seasonal!” Destined to be an all-ages holiday classic by screenplay and syndicated writer Ed Power with art by Melissa Dejesus, syndicated comic strip artist and animation artist for the movie SUPER TROOPERS.

A year after his return from Afghanistan, Marcus has gotten comfortable in his new role as Bennett’s fixer. He’s bringing in money, he’s getting respect, and his demons have gone silent… until a meeting with some out-of-towners goes off the rails, forcing him to make an impossible choice. 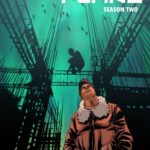 The second season of Solar Flare starts here! This issue takes a glimpse into the life of Brent Collins prior to the catastrophe as he goes through the motions of his monotonous life the day before the flare hits. Brent struggles with the pressures of making up for past mistakes and becoming the man he strives to be. Little does he know that his life and those around him is about to change forever. 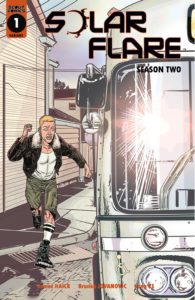 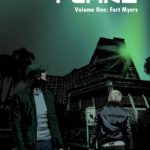 Collecting the first 6 issues of the breakout hit SOLAR FLARE. Where were you when the world went dark? Society begins to unravel after a solar flare strikes Earth knocking out all electricity and modern technology with one fatal blow. Jake Clifford and his group of friends begin the journey to reunite him with his daughter, Mazzy, as the world plunges into chaos. A great jumping on point for new readers.

Indie comics especially live or die based on pre-orders, so please let your local store know.