Amongst the many talented Indie Creators in the world is one man in particular who’s work that I’ve come to enjoy quite a bit. He’s a man who’s always got something in the works for his fans in a variety of genres and a bucket of talented individuals for each title along for the ride. Who is this man you wonder? Why none other then Kelly Bender of Indie Comics fame himself! 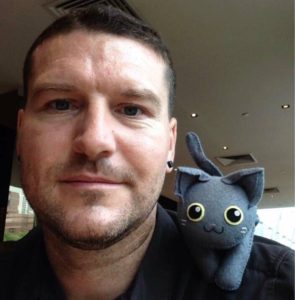 1. Hello there, and welcome to the Mind Meld! For those who may not know of you, could you tell us a bit about yourself?

2. Excellent! Word has it that you’re quite a busy man when it comes to the world of comics creating, would you say that’s true?

I’d say I’m a very passionate & determined man. My passion comes from the stories I create, and working with the people I collaborate with. My determination comes from wanting success for everyone involved.

3. You’ve also got a Kickstarter currently going, what can you tell us about that?

The KICKSTARTER is for a three issue miniseries called YAKUZA 893. It’s an action comic about gang life in Japan, and one members mission for justice. The KICKSTARTER is going to pay for the printing of the first issue, and fund the completion of the second issue.

4. What’s reaction for support been like for the Kickstarter since it started?

The reaction and love has been overwhelmingly. Being 1/3 funded in one day was a wonderful surprise. All the friends (old and new since launching) sharing and posting and telling me how much they look forward to it, and how professional it looks is amazing!

Eda Kunsis and I have been friends for a while now. When we decided we wanted to work together, we talked about what stories/movies we liked and we both loved YAKUZA movies. So we came up with an original YAKUZA themed story.

6. Hell yeah! What can readers expect with the story once they start?

We’re hoping they enjoy the action, the suspense and the overall story will hopefully surprise them. This story is a challenge for me, as the reader hopefully won’t figure out what’s happening until the end. It’s NOT a sleuth story, but there’s mysteries as to how things are going to happen/occur.

7. And is there potential for more after the events of the mini? Or is the mini all you and Eda intended on there being?

I’ll always be open to working with an artist of Eda’s talent and professionalism. But this story is a self contained (3 issue miniseries) story. 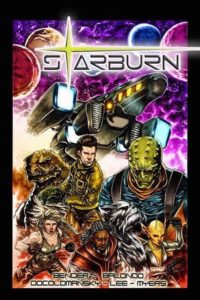 8. Do you find it easier to do short, self contained stories rather then long ones?

I find it easier to pitch and sell complete self contained stories which can or can’t extend. Certain ones like STARBURN; which is a self contained complete miniseries, but can totally be expanded into a sequel. Others like YAKUZA 893 are specifically written as a mini. Publishers like picking up and pitching miniseries which can be expanded. As the ONLY thing which will determine if a series goes on are the sales.

9. What can you tell us about other projects of yours? Of which one was nicely enough a Top Cow title!

I’m really excited about the CYBERFORCE: Artifacts #0 story. The TOP COW story was a result of me entering their talent hunt in 2015 and being named a runner up. As well as the YAKUZA 893 KICKSTARTER, I have 3 other comics I’m getting ready for KICKSTARTERS:

I’m also finishing off the DEATH-RATTLER miniseries with ISSUE 4 coming out this summer as well as C.L.A.W.S. issues 3&4 (issue 2 drops Feb) 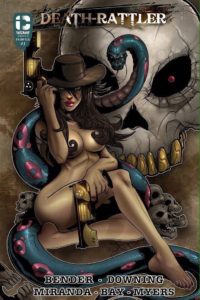 10. The news about Death-Rattler greatly pleases me as I love that title. Is Yakuza 893 the first time you’ve utilized Kickstarter?

Yup, Death-Rattler has definitely found a loyal passionate fan base which I’m extremely grateful for. And KICKSTARTER just opened its doors in Singapore recently. So this is my first one.

11. As you mentioned Yakuza 893 is presenting a challenge for you, do you think this will help you to grow as a writer? And would you want to find yourself with future challenges if it helped you grow?

Definitely. I think professional growth is the key to making this job into a career. I’m always constantly challenging myself with fresh story ideas, cool dialogue, new imagery etc… STARBURN was a challenge by making the ship the main character. AQUEOUS was a challenge, by revealing what could’ve been the ending twist on the last page of the first issue. YAKUZA 893 is a challenge by the method of narrative storytelling I’m using. I like pushing myself and challenging myself. Growth & knowledge are all great things.

12. And without those, you just stagnate pretty much. You tend to have some interesting conversations with your daughter that can be a bit amusing at times, would you ever consider turning those into a web comic? Or would you prefer to keep that as a personal thing of sorts?

Ha! Yup she’s a character in herself.

I think putting these “Actual Conversations with a ___ year old: my daughter Brynn” online where they’ll be forever is future embarrassment enough

For the record my favorite one is:

Me: Murmured. Do you know what that means?

Brynn: Yup! It’s when you kill somebody.

Some of her dialogue goes into my kids comic, but no, I’ve not got any intention of making her into a character. 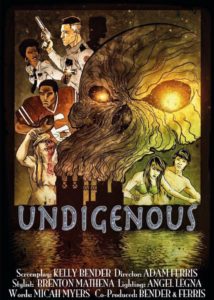 13. You’re worked with multiple publishers so far, can you tell us what are some differences between publishers?

Each publisher is unique just like each creator is. These past few years what I’ve really needed is a publisher who can give me NORTH AMERICAN COMIC EXPOSURE. As I currently live in Singapore. So a publisher who offers both PRINT & DIGITAL, one who goes to multiple comic cons a year and is very active on social media are keys for me. INSANE COMICS has given me all that. They’ve also allowed me to be 100% in control of my projects. My experience with TOP COW (in the limited time I’ve had with them) has been great as well. Different but great. The amount of editing, input, suggestions has only strengthened my story telling, the marketing campaign for the book has been also a new experience. The exposure has been something else as well. Seeing a comic with your name on it in a comic store, was a HUGE experience for me (INSANE COMICS has my books in stores as well, just not in Asia). Working with these quality publishers has taught me a lot.

14. If you could go back and change any one thing, would you?

I won’t change a thing. All the mistakes, errors, edits (or lack there of), risks, rewards, rejected pitch, bumps, hiccups, bad publisher, absent inker, colorist who quit, penciller who went AWOL, bruise, poor sales report, negative comment, and bad reviews have helped me grow, learn and be a better writer and professional.

15. As you live in Singapore, is there much of a comic book culture scene there?

First moving here I didn’t know what to expect. I didn’t do any research ahead of time as we literally sold everything and moved her in 6-8 months. As a result I sold all my long comic boxes full of books (or as the wife referred to it “the fire hazard in the basement”). I then used that money and bought many of them digitally. Thinking that the only way I’ll be able to read comics was that way. Turns out I’m an idiot. Singapore is an English speaking country, and there are many quality comic shops here. (It is hard to get many indie titles still, but there’s comic shops). The Comic Con here is a little disappointing as I’m used to artist alleys and cheaper tables for indie publishers. The con here is more for Toys and Games (video games). The comic collectors here are broken into two groups. Those who read and those who invest.

My biggest advice is if you’re a writer then you need to write. It’s as simple as that. The more you write the better you get. I presently have 12 published comic stories/series (including anthology stories) and I’ve got twice as many unpublished stuff, as published stuff. 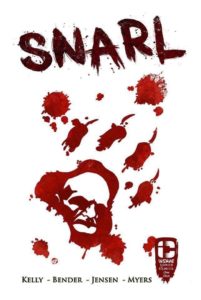 Editor’s Note: Currently, Yakuza 893 is at 2,567 dollars of its intended 2,100 dollar goal, and with your help of additional pledges, the funds can continue to go on in helping produce the rest of the series!