Created by: A.C. Medina & Fernando Pinto
Written by: A.C. Medina
Art by: Fernando Pinto
Four geniuses untouched by society descend upon Vida, a euphoric planet of endless resources with a sentient race of beings dependent on strict guidance from their leaders. However, a simple scientific experiment becomes an epic story of war, discovery, and the battle to become… a MONARCH. 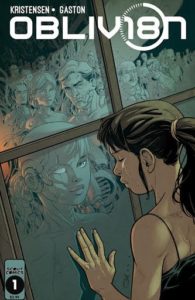 Created by: Ken Kristensen (Netflix’s THE PUNISHER) With art by: Francesco Gaston (HULK, JUDGE DREDD).
A phenomenon they call “The Oblivion” has caused a huge percentage of the population – seemingly anyone with authority – to vanish without a trace. As the world quickly falls apart, strange alien creatures and technology begin to appear, threatening the already hysterical populace. When rumor spreads that a blind ten-year old boy has visions that connect him to the people who’ve vanished, the remaining population wants to either anoint him as a savior, or crucify him. At its heart OBLIV18N is a rite-of-passage in the ultimate jungle, exploring: savagery vs. civility, independence vs. family, survival vs. ethics, violence vs. diplomacy. 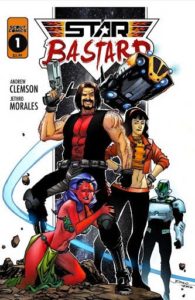 Created by: Andrew Clemson
Art by: Jethro Morales
Star Bastard follows a long-suffering crew led by the Galaxy’s most obnoxious jerk as they hunt a mysterious figure across the stars. Clumsily searching for answers to the mystery of their captain’s past, they leave a trail of pissed off aliens, dead bodies and unpaid bar tabs in their wake.
Think GUARDIANS OF THE GALAXY meets DEADPOOL.
Think EASTBOUND AND DOWN… in SPAAAAAAAAAACE!
Think the comic industry’s next R-rated hit. 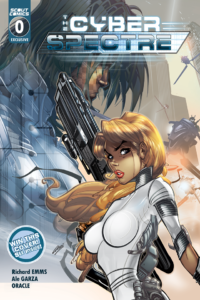 Created and written by: Richard Emms With art by: Ale Garza
In a world run by super-computers and where the judicial system is purely digital, there is no human error, just a singular artificial intelligence that calculates the outcome of every possible crime. From murder to drug deals, the computer determines the fate of all humanity. But there’s a crime that seems to have slipped through the cracks – Who or what is the Cyber Spectre?