Please welcome Tyrel Kessinger to the IndieComiX team in his first review! What a way to start too with

Ever wondered what would happen if the band KISS were to meet Vampirella? If you’re like me, then probably not. But Dyamite Comics is answering the question that you never knew you wanted an answer for with KISS/Vampirella #1.

It’s hard to tell exactly where the actual story is headed as of this first issue, but it’s set in 1974 and Vampirella, everyone’s favorite ass-kicking, outerspace vampire babe, is in a band that she uses as a front to hunt demons and monsters among other evil entities. She meets and saves a young Iowan woman down on her luck in Los Angeles and takes her under her wing, the Short Round to her Dr. Jones, and the two play detective as they track a man who Vampirella feels is guilty of some awful things such as disappearing people and human sacrifices. Sebela’s KISS are a group of young, green rock and rollers hanging in LA for the first time, promoting their second album Hotter Than Hell. They’re not given a lot to do in this issue but things pick up for them when, while out looking for a good time, they run into an old friend who fails to recognize them and begins babbling incoherently about “rituals and devils.” The boys take him back to their hotel where they watch as he disappears over the rooftop. Could Vampirella’s case somehow be tied to the odd events KISS experience? Oh, you bet. How? That’s not quite clear but we’re sure to find out soon enough in the followup issues.

As for the the art, Annapaolo Matello’s work may not be anything you’d write home about but it’s definitely easy on the eyes. There’s no retro feel to it, which I feel might have served the story better, but the dark scratchiness of her style is still a fitting one. Matello excels at bar/indoor scenes, making the spaces feel alive with both people and music, but she tends to leave something to be desired when the settings take place in the LA outdoors. LA is a place with a definite feel but the art in KISS/Vampirella looks as if it was lifted from the streets of Anyplace, USA. On a side note, Juan Doe’s cover art for cover A of this issue is awesome and I’d certainly love to see a poster-sized copy of it hanging in my mancave.

Essentially, KISS/Vampirella is just a light-hearted comic romp that manages to maintain an almost campy darkness to it. I’ve yet to encounter the comic book meetup/teamup, especially those of the fictional meets non-fictional variety, that contains any substantive filling but not everything has to be The Dark Knight Returns and that’s ok. It will definitely help if you’re a fan of KISS (which I am) but one certainly does not need to be steeped in KISStory (the only pun in this review so give me a break) to appreciate this light and breezy throwback to the 70s; when KISS reigned supreme and Vampirella was a fairly new creation gracing the covers of pulp horror magazines everywhere. While I can’t rave about it or advise paying $3.99 for it, I can say that if you do get a chance to pick up KISS/Vampirella you’ll have fun with it. Most especially if you’re a fan of the hottest band in the world. 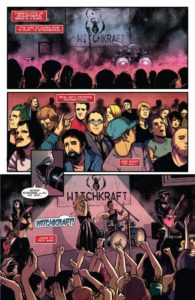 Summary: L.A. Is a strange town on the best of days, but in the summer of 1974, the City of Angels feels especially demonic. As temperatures soar and wildfires burn, all sorts of strange creatures are drawn to town, including Vampirella. While Vampi goes out and hunts down monsters all across La La Land – defending humanity from evil – she’s also killing it every night on stage as a member of the all-girl rock group Witchkraft – defending rock ‘n’ roll from a dying scene. Help arrives in the form of four creatures who’ve just flown into town: The Starchild, The Demon, The Spaceman and The Catman. Away from their home turf and trying to record their new album, KISS discovers that all their favorite L.A. bands have mysteriously broken up, disappeared, sold out, or gone crazy. Led by a driver who moonlights in the occult and haunted by satanic strangers dressed in black, KISS finds themselves drawn into a web conspiracy that threatens to kill rock ‘n’ roll itself. 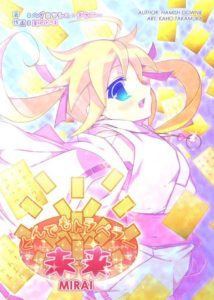 Summary: Mirai is a young girl who’s family is combating the environmental crisis facing their world; such as acid rain and air pollution. Constantly moving around, her parents decide to leave Mirai with friends of their family in Japan – the home of Tomoki Tonaka, the young creative genius behind the world’s new eco-style travel system. However, things in Japan are not as simple as they seem…

This was a really cool thing we received at IndieComiX when it arrived in our mailbox. As a huge fan of manga as a medium, I leapt at the chance to read and review a genuine indie manga as those don’t exist on an international market the way indie comics do. Added to that was the intriguing fun fact of the creator himself, Hammish Downie, he’s originally from Australia currently residing in Japan. 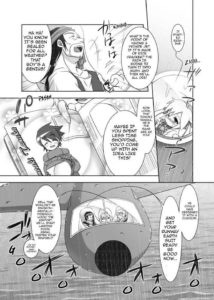 The first chapter of Mirai is very interesting and sets up a world that I’m definitely interested in. It’s not too far away from the issues we’re dealing with in our own world currently, yet it still features a fuel system for planes that runs on rice crackers which is simply insane.

However, despite the chapter’s heavy emphasis on the modern world these characters reside in there’s a sudden twist at the end that I’m interested to see explored. Mirai and Tonaka are transported to either what looks like it may be another world, or they’re simply being shrunk in their own world. Either way, they’re turned into mice and it’s that kind of fantasy twist that always has me intrigued.

Mirai is at its strongest during the pages focused on Mirai’s loss of her grandma sometime before this story’s beginning. Those scenes are definitely heart-warming and I feel for this girl who only wants to see the woman she loved the most. To be able to do that to me in the first chapter while we’re still getting to know them is quite impressive.

Where I do believe the story is at its weakest is that unfortunately it feels very jumbled and hard to follow at times. The art isn’t what I would call magnificent but I do like Takamura’s cute style. The scene where Mirai gets a kimono near the end of the chapter is fantastic. But for most of the comic I did have a hard time deciphering some scenes and what was truly happening in them. 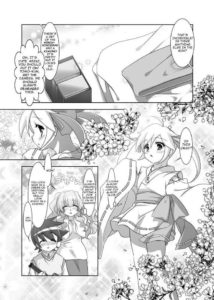 That’s not all on Takamura either. Downie obviously very much loves anime and manga and that definitely shines through, however he’s really going for an all eggs in the basket scenario with this first chapter. Trope upon trope can be seen flying every which way throughout the chapter and it can get pretty overwhelming at times. Like exaggerated faces or poses at simply inopportune times, or exposition in a quick, supposed-to-be-funny manner that really kind of falls flat for me. Amongst other things.

I don’t trust that Downie and Takamura hit the feel for the story they were going for quite as accurately as they would’ve hoped. But I can tell what they’re wanting and I have hope they’ll be able to hit in the future. At most this first chapter suffers from simply being a first chapter. It’s trying to do too much and introduce you to a lot all at the same time.

Things get better over time however and I believe Mirai is once such story. Genuinely, I can’t wait to see what happens next.
Final Score: 3 Magical Robot Cats out of 5

Editor’s Note: If this captures your interest, head right here to find out how you can grab yourself a copy!