Tag: The Princess Who Saved Her Friends is also on Kickstarter! 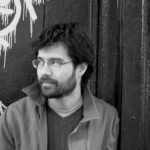 Back on November 15th, 2017, I had the pleasure to interview Greg Pak right around the time his Mech Cadet Yu series at BOOM! Studios was beginning. And now, around roughly a year later, I have the pleasure of doing so once more now that the series is finished. Plus, the chance to pick the […]