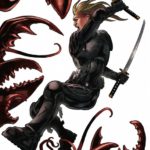 Unless you’ve been living under a rock in the independent scene as a creator, you’ll know about Comichaus. Comichaus is the new British monthly anthology and Comics app, showcasing the best rising talent from the British independent Comics scene. Now I won’t be going into detail regarding the app itself, I’ll save that for a […] 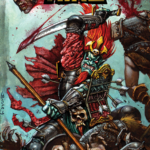 Not many comics out there has me sitting back and having a complete and total ‘WTF!?’ moment after reading it. But this first issue of Alpha King from Image Comics and written by Brian Azzarello and Nick Floyd has certainly managed to accomplish that! We first get a bit of the future with the Alpha King […]