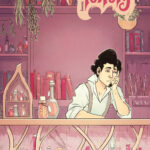 Potions Inc. #1 is an upcoming June release from Mad Cave Studios that dives into the world of Fantasy and Magic known as Primaterra with a dash of the Modern World. But I have to say right off the bat that the characters in this story’s first issue don’t exactly wow me. Its main character […]