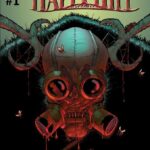 If there’s anything Life and Comics (especially ComixTribe’s Sink) has taught me over the years is that I shouldn’t take things at first sight. That I should take extra notice of things and people and that lesson certainly applies here in the first issue of Happy Hill. Even if you have known someone for years […] 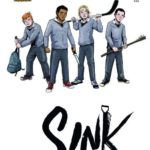 Five issues in with John Lees’ ComixTribe title known as Sink has shown me that the man is no where near finished telling his tales of the unpleasantries that exist within Sinkhill. Initially, after the first issue, I had kinda thought we were going to be getting a multi-issue arc about involving the Clowns and […] 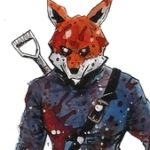 I wasn’t quite expecting to be left feeling rather disturbed by the end of this issue. But alas, here I am, feeling that way after finally reading my copy of this title’s first issue! Along with what I’m pretty sure is my first time reading a ComixTribe title for that matter as well. So a […]