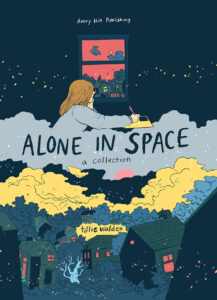 A collection of Tillie’s three long-form comics with Avery Hill: I Love This Part, The End Of Summer and A City Inside. Plus the early sketches, short comics for magazines and webcomics such as What It’s Like To Be Gay In An All-Girls Middle School that shot her to fame on both sides of the Atlantic and have never been collected before.

“A creator who’s half my age and twice as talented as I’ll ever be, Tillie Walden is the future of comics.” – BRIAN K VAUGHAN, Writer of Saga and Y: The Last Man

“Walden creates the intoxicating effect of a universe as mysterious as our real one.” -THE ATLANTIC 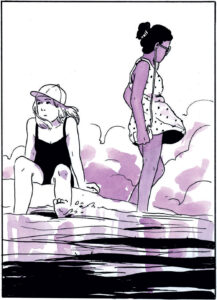 “From the enchanting The End of Summer to the more contemporary and grounded I Love This Part, Walden is able to just as easily spin an enchanting web of stories as she is to evoke a range of emotions from just a few sparsely illustrated panels. It’s no surprise her webcomic On a Sunbeam has been nominated for an Eisner.” – ENTERTAINMENT WEEKLY

Tillie Walden is a cartoonist and illustrator from Austin, Tx. She first published 3 original graphic novels with Avery Hill Publishing before going on to create her Eisner Award winning graphic memoir Spinning. After Spinning she created On A Sunbeam which was originally published as a webcomic. Her latest graphic novel Are You Listening? won the Eisner for Best Graphic Novel in 2020 and her first picture book is due out in 2021. She currently lives in Lebanon in New Hampshire and teaches at the Centre For Cartoon Studies. 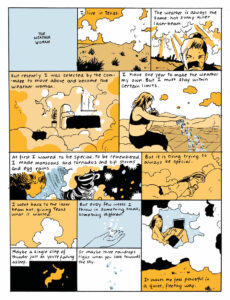