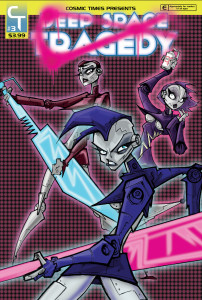 Deep Space Tragedy is gone and it would seem that The Diodes are set to take the throne as the greatest robot rock band in the galaxy. But evil machinations are at work and the final fate of the planet Cog is at hand. Is there no one left who can rock hard enough to save the day? Find out in the penultimate chapter of Mike Wagganer’s epic tale.

As a bonus; newcomer Jamie Jones pays homage to the classic Marvel Transformers issue 5 cover – putting his own spin on it for the variant cover. This cover also reflects the events of issue 2 as the bots of Cog deal with the loss of the greatest teenage robot rock band in the galaxy.

About Cosmic Times
Founded by publisher Martin T Pierro in 2008. Cosmic Times is a nationally distributed south Florida based publisher with a wide array of titles including – Giant Robot Warrior Maintenance Crew, Metal Locus, What I.F., Void of Heroes and Scales of Time. 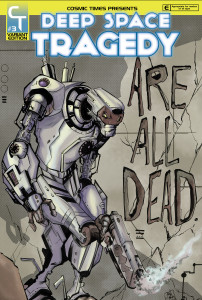 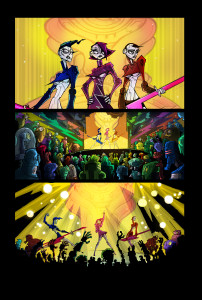 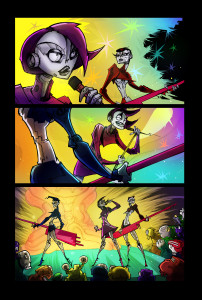 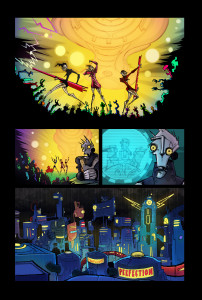